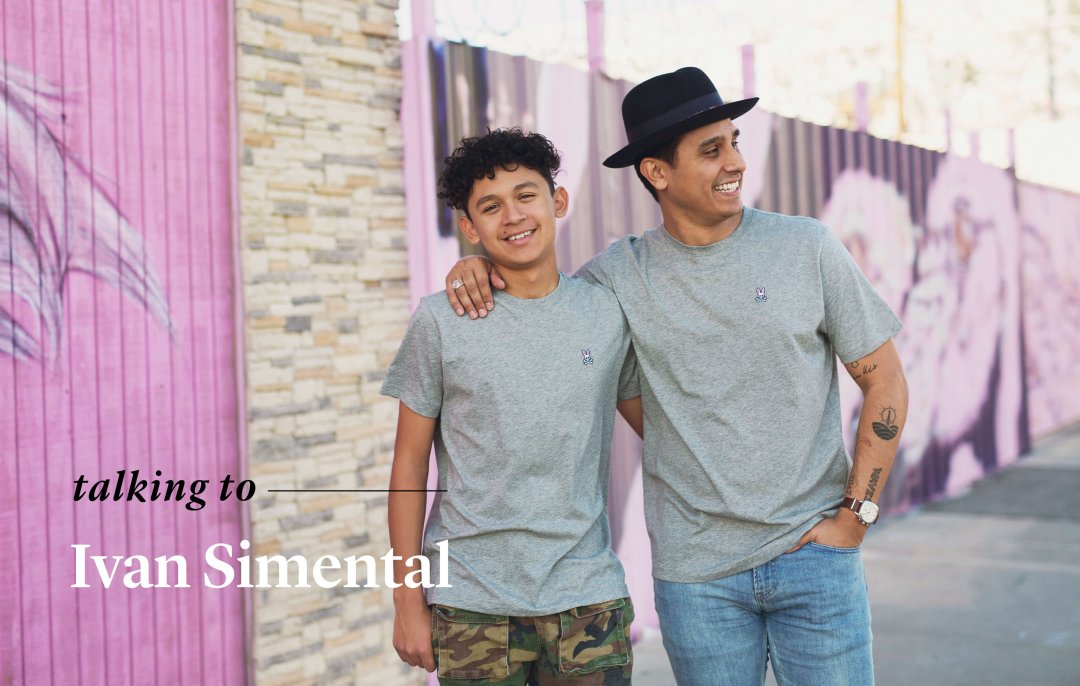 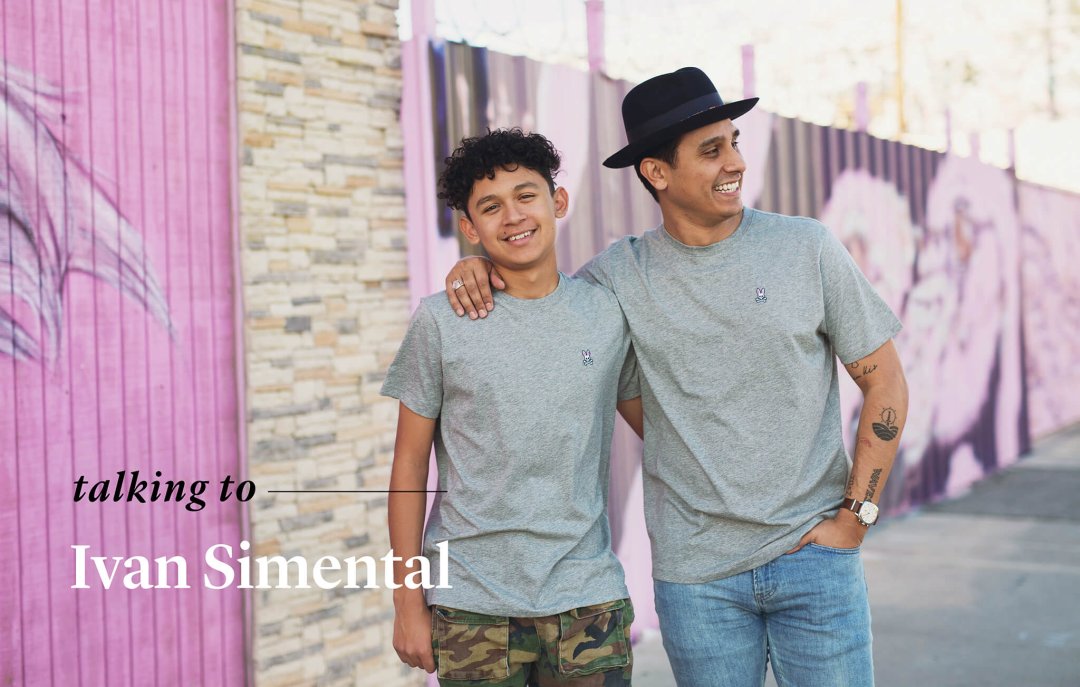 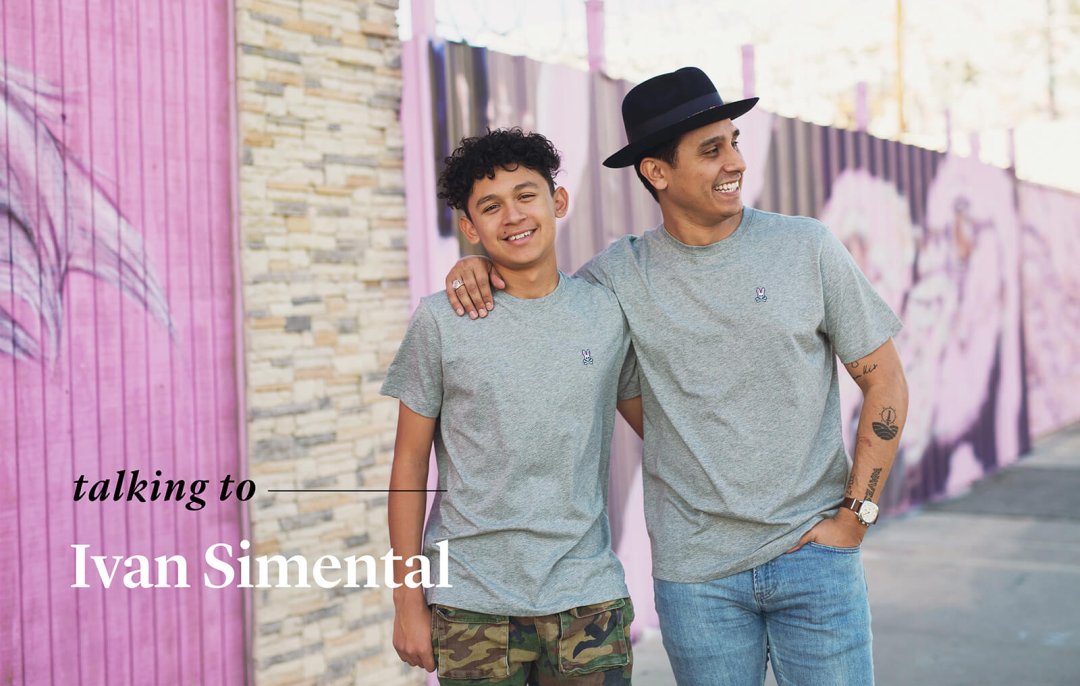 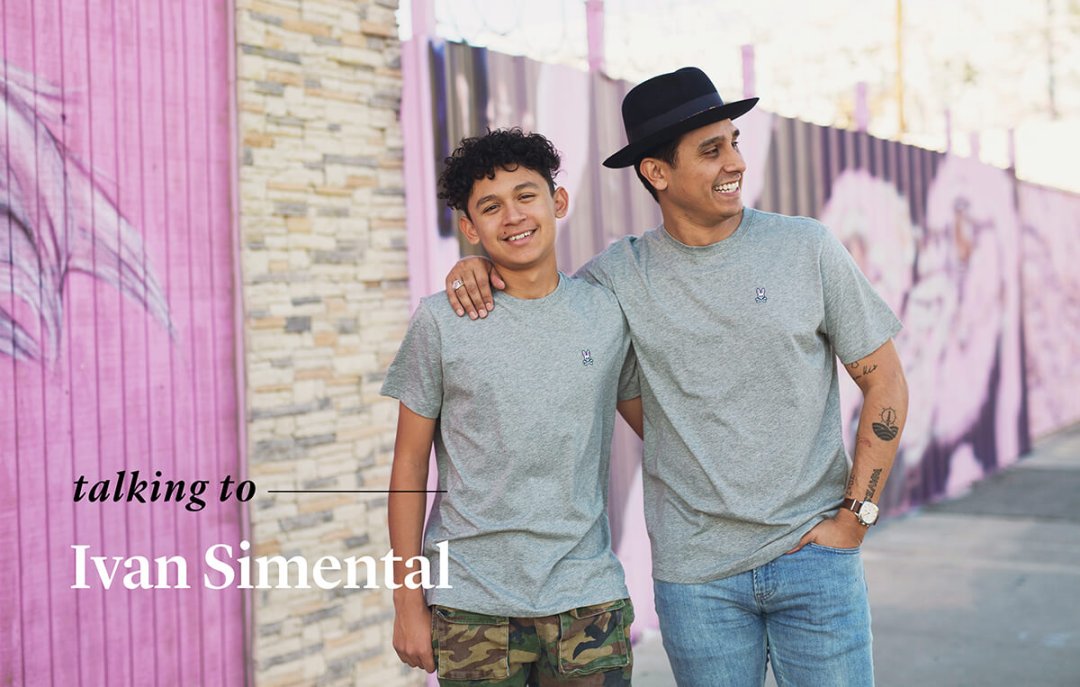 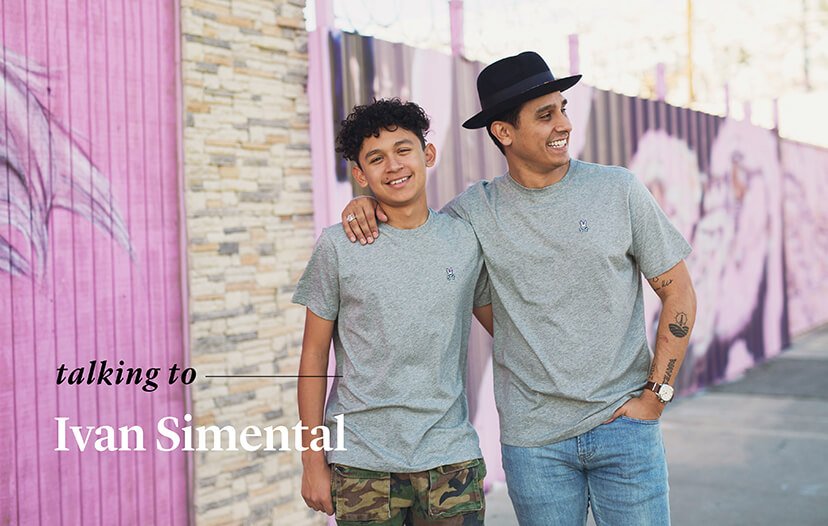 Growing up, Ivan Simental definitely didn’t think he’d end up being a mortgage banker. His mom worked in the mortgage business when he was growing and he found it boring, so Ivan ended up playing professional soccer. Not a bad alternative, right?

Eventually he found his way to Las Vegas; but, funnily enough, he also found himself following in his mom’s footsteps, drawn by a desire to help people and an urge to flex his creative muscles in an industry most wouldn’t consider creative.

We caught up with the modern dad to chat about how he’s bringing a fresh take to a stuffy industry, the important of being well put-together, and being able to spend more time with his son—a silver lining in this weird times.

So—Ivan—how would you describe what you do?

But you used to play soccer professionally, right? Seems like a pretty big career switch.

Yeah, it was. I’ve been doing this for about a year now. Before that, I was playing soccer professionally. My mom and step-dad were in the mortgage business, so I was familiar with it, but found it kind of boring growing up. That’s why I ended up focusing on soccer.

I got a full-ride to Cal State Fullerton, but when I found I was going to be a dad in my freshman year of college, I needed to enter the workforce. I started helping my mom out, to make ends meet. On the weekends, I started getting paid to play on some competitive semi-pro teams, where the owners have restaurants or tire shops and the soccer teams are their hobbies—but it’s so competitive that they end up paying to have the best players. I got a taste of being paid to play and eventually I came to Las Vegas and made the professional indoor team. I got to travel all over the country; I made some great memories.

I’ve always been a very creative individual, so while I was playing, I started discovering the power of social media and started talking about fashion on there, doing some styling, which also took off. I guess I’ve been a bit all over the place! Then, as I started winding down my playing career—I realized I could use social media in a creative way to educate people about buying a home.

What I really like is helping people, so this gave me an opportunity to do that and, funnily enough, I ended up following in my mom’s footsteps after all. 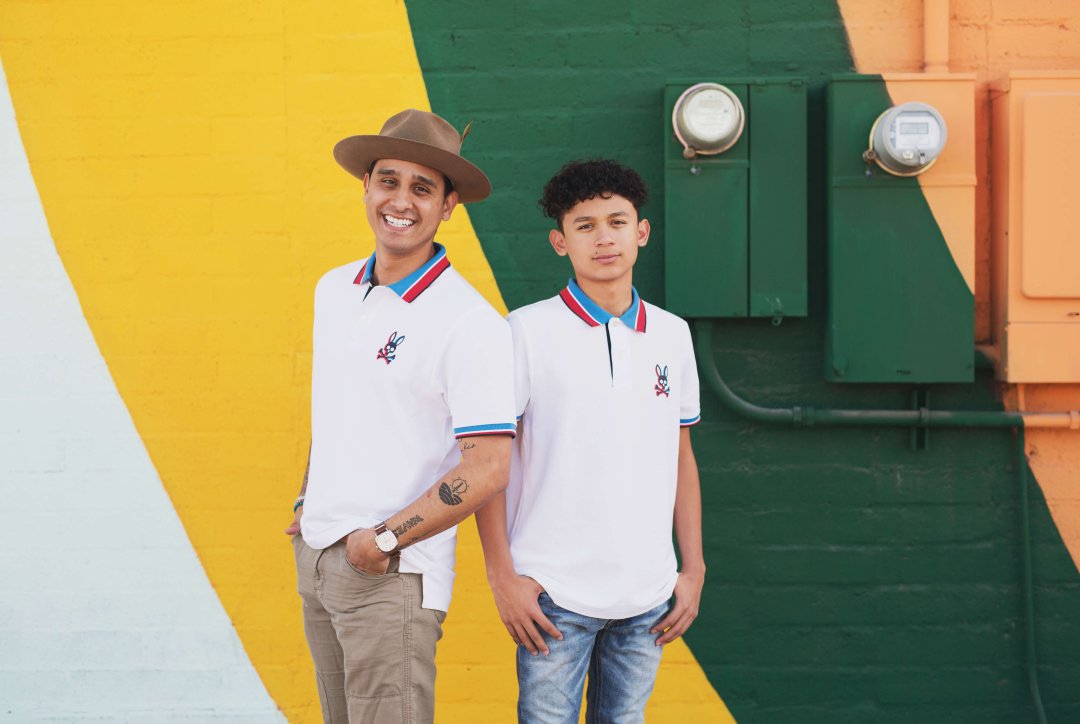 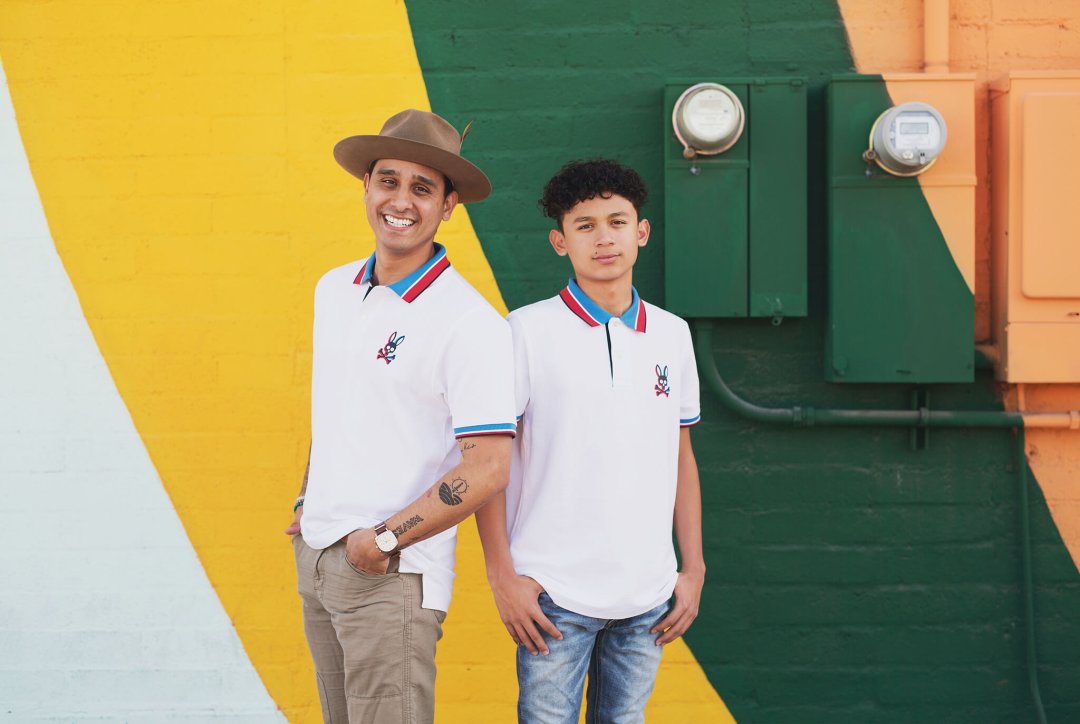 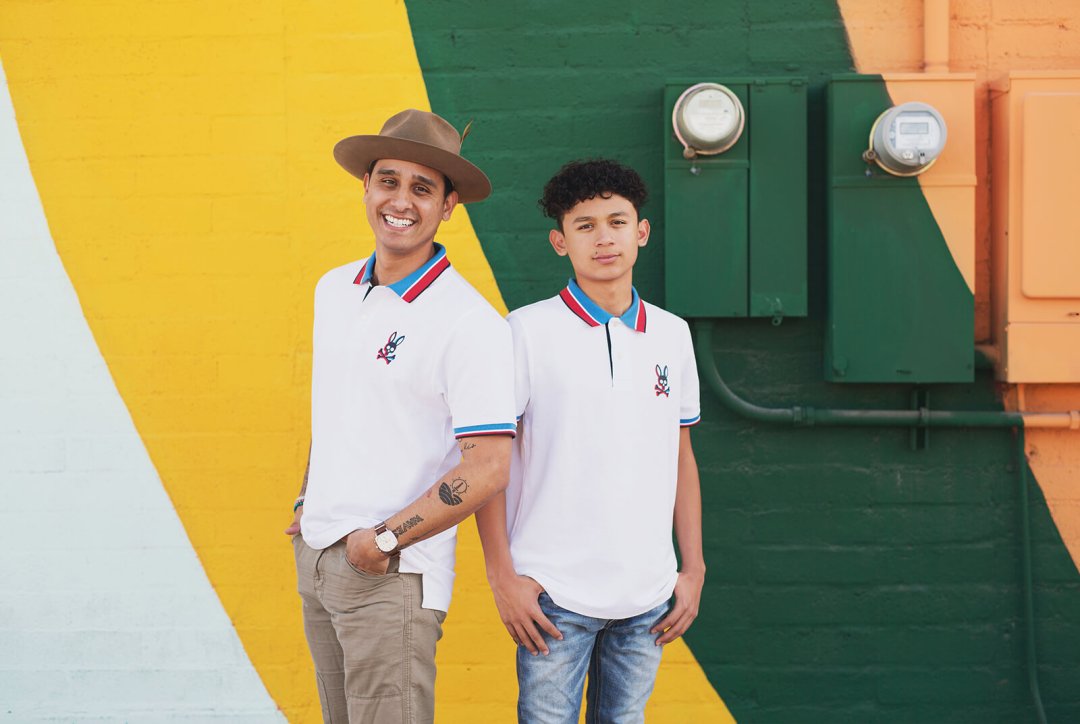 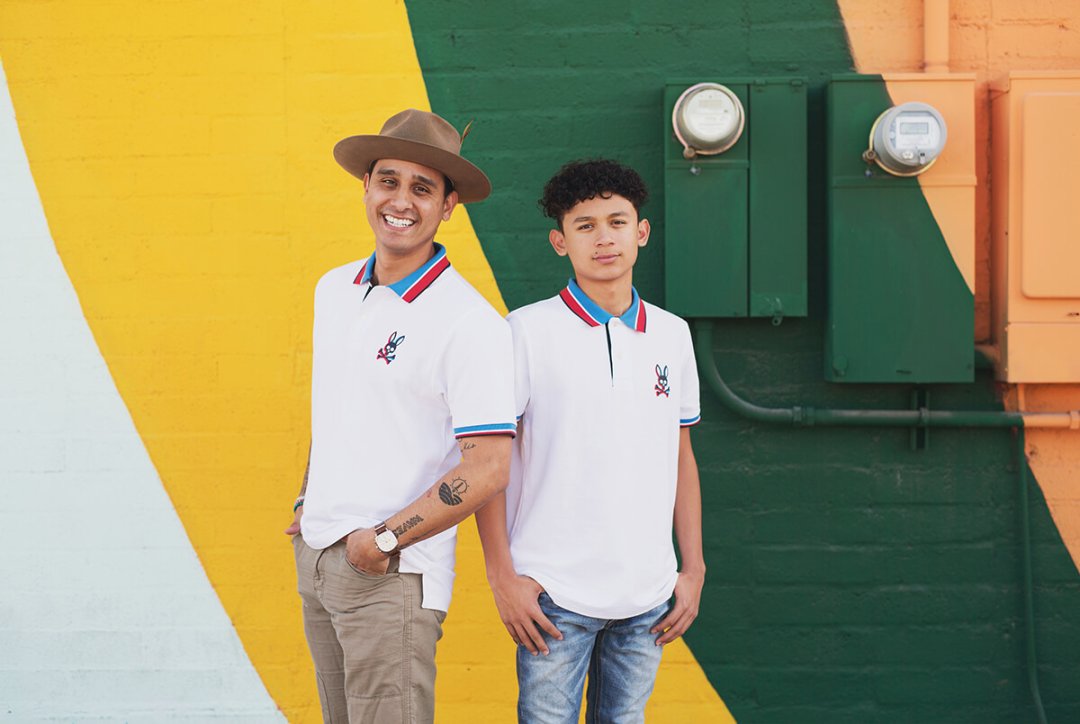 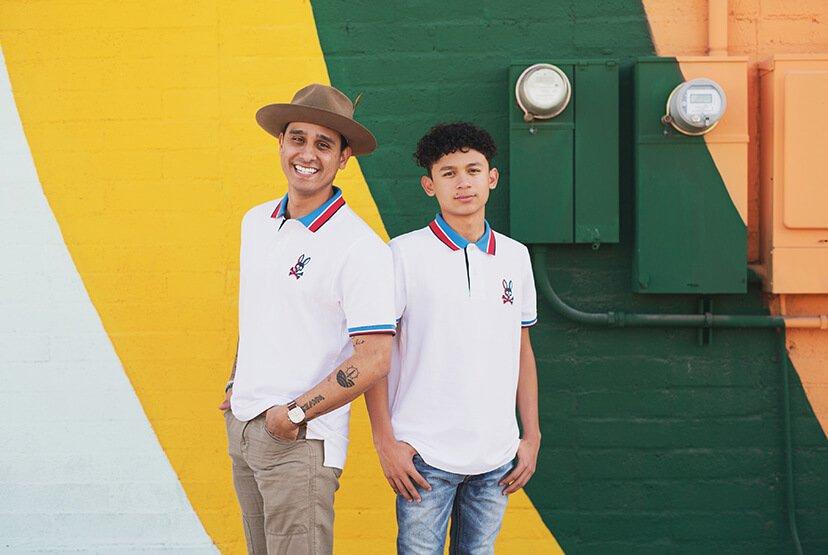 When i was in middle school, I really started taking an interest in the clothes I was wearing. i’d think about why I was wearing something.

When i was in middle school, I really started taking an interest in the clothes I was wearing. i’d think about why I was wearing something.

Do you think that making it about more than just a business transaction and enjoying helping people has anything to do with the fact you’re a young dad?

I think it does. It goes back to wanting someone to treat my son that way, and being a good human being—being honest and genuine and treating people with respect. I’m a strong believer that what you put out is what you get back. I wouldn’t want someone to take advantage of my son.

What’s it like being a social media dad? You’re not just parenting in this era—you’re active on social media, too.

Funnily enough, he’s not even on social media yet. It was his mother’s idea, but I’m on board with it. He’s a “go play sports outside” kinda guy, so I feel like it can wait until he’s a bit older. But some of his friends follow me, so they’re like “Oh, your dad is cool.”

I feel like in my son’s eyes it makes me a bit more relatable. 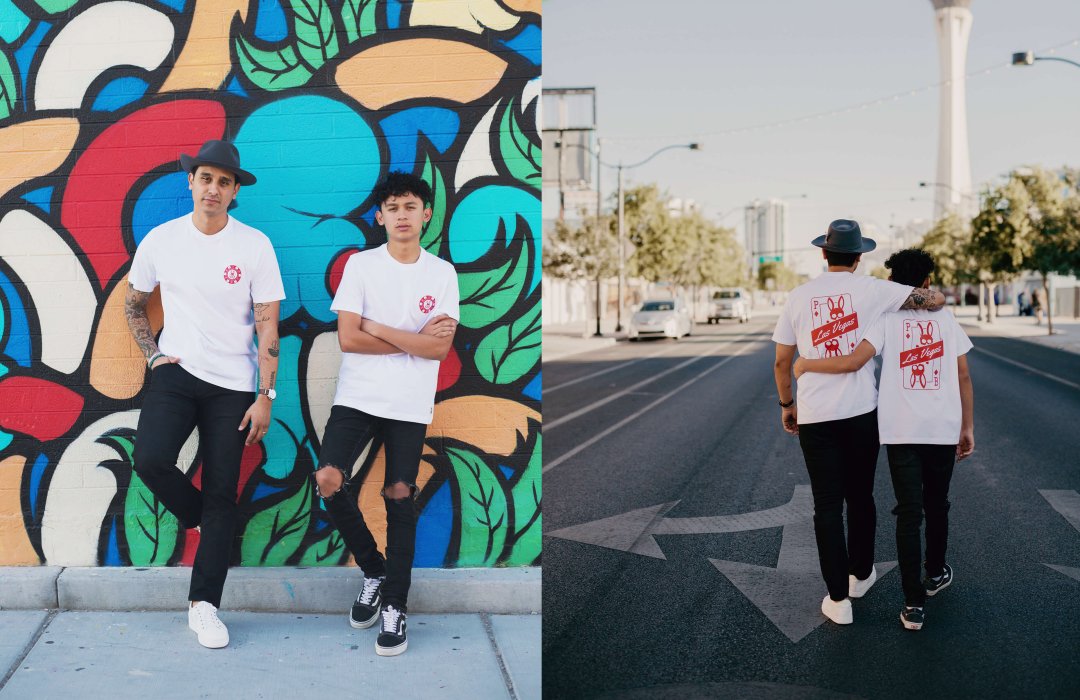 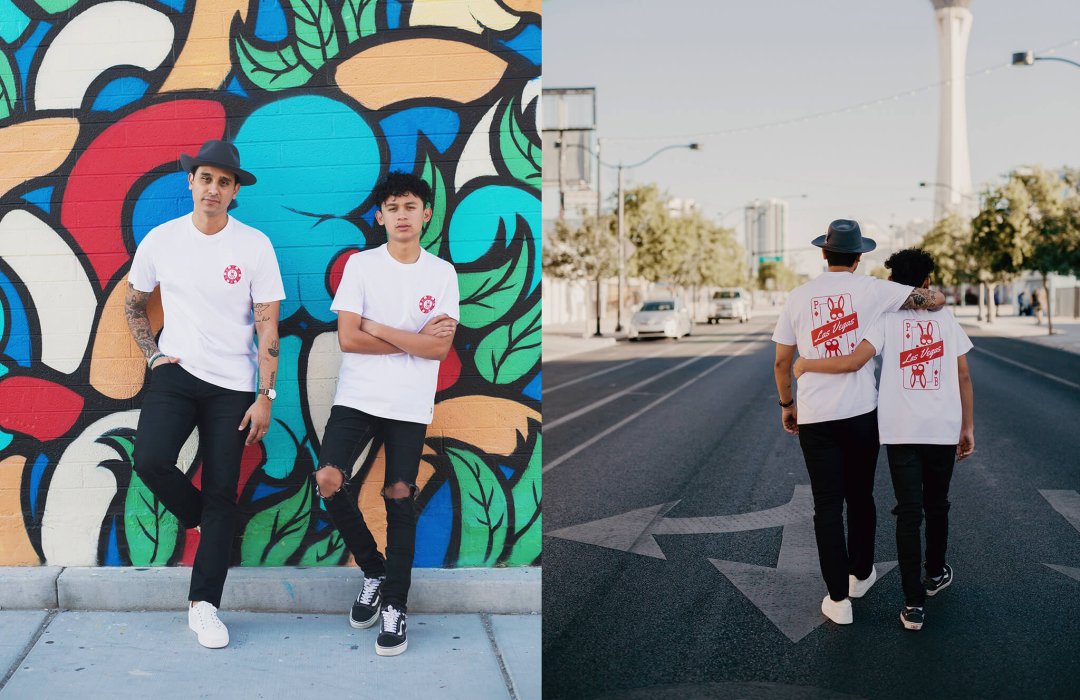 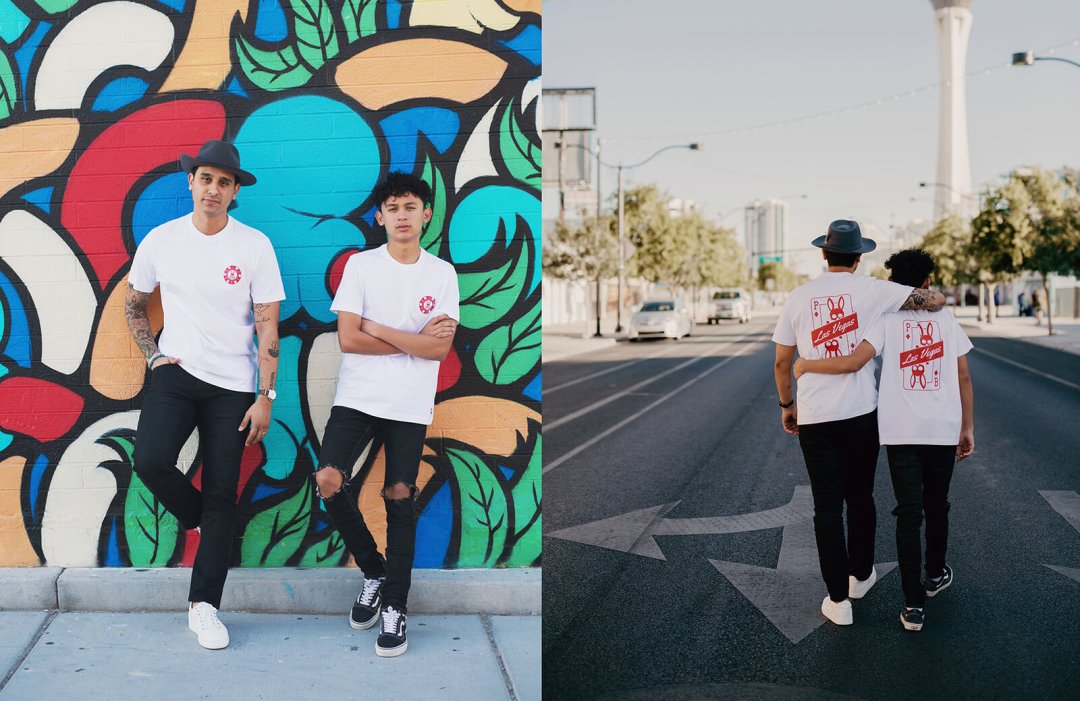 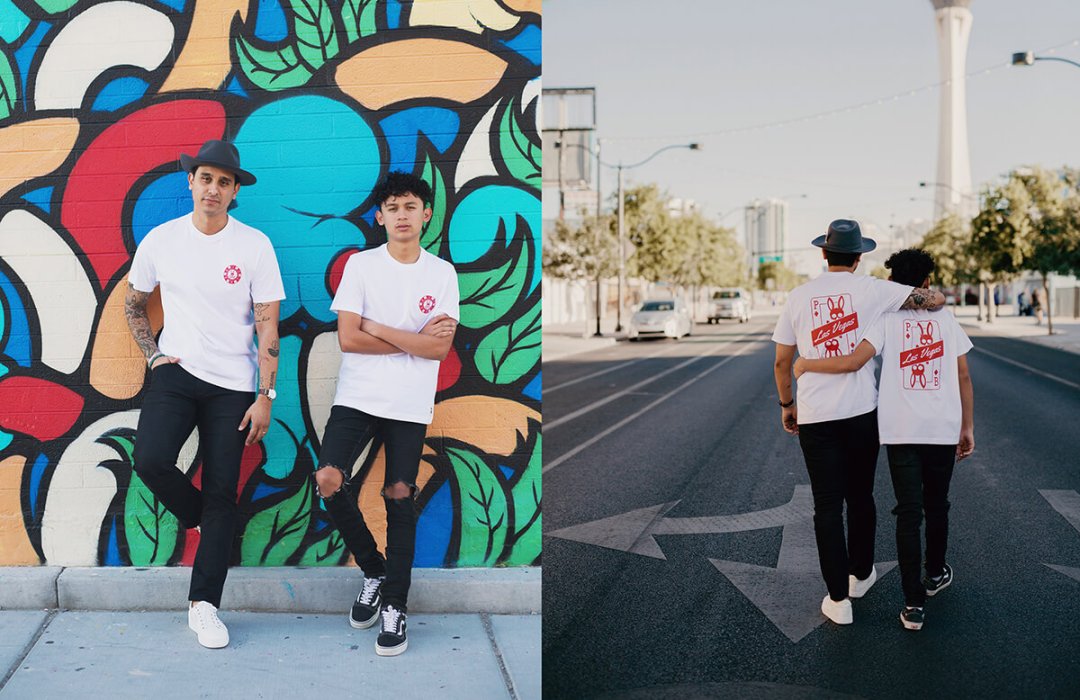 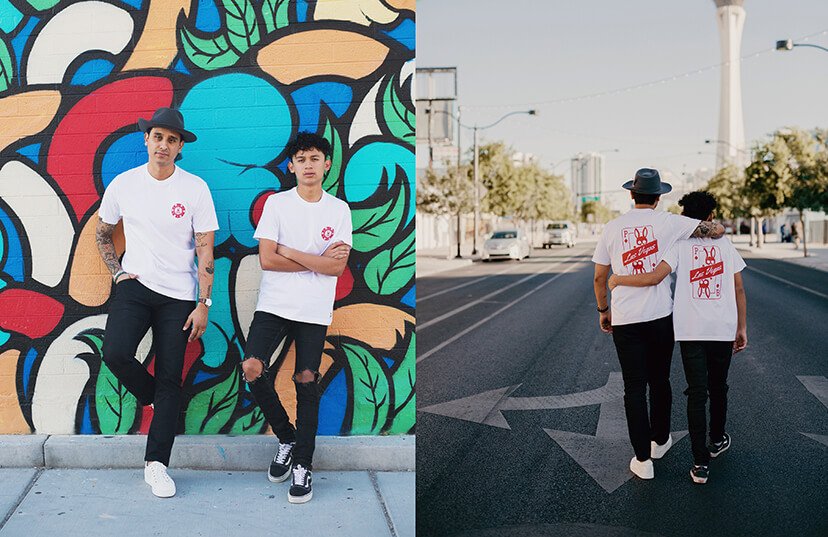 What’s it been like the last few months, spending more time together?

It’s definitely given us a chance to bond more, especially now that he’s here in Vegas with me. I’m working from home, so the time I’d normally spend getting to and from work, we can spend together. Or, between calls, when I have a few minutes, I can just pop out to the pool and hang out with him a bit. It’s been one of the nicer parts of it.

Super divisive question now: How have you been getting dressed when working from home?

I’m still getting dressed pretty much the same way. It helps me keep the same routine, which I think is really important right now. Plus, I like the clothes I normally wear and it’s something I appreciate it.

I feel that if we don’t evolve as humans with the changing times, then we get left behind. So, for me, it was like, I want to stay current, but I also want to be ahead of the times—how can I do that?

I feel that if we don’t evolve as humans with the changing times, then we get left behind. So, for me, it was like, I want to stay current, but I also want to be ahead of the times—how can I do that?

How important do you feel it is for you to be generally well-put-together, given the nature of your work?

I think it’s super important. On both fronts, really.

Overall, though, I think it’s super important because I want people to take me seriously and when you look good—in an effortless way—that’s exactly what happens. 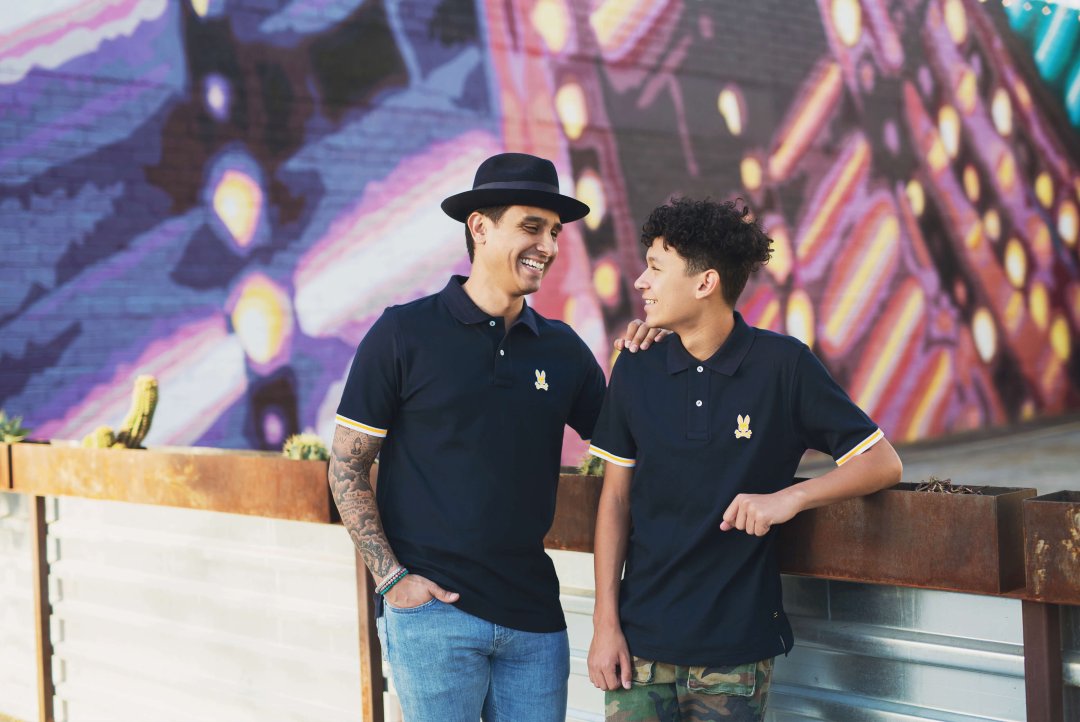 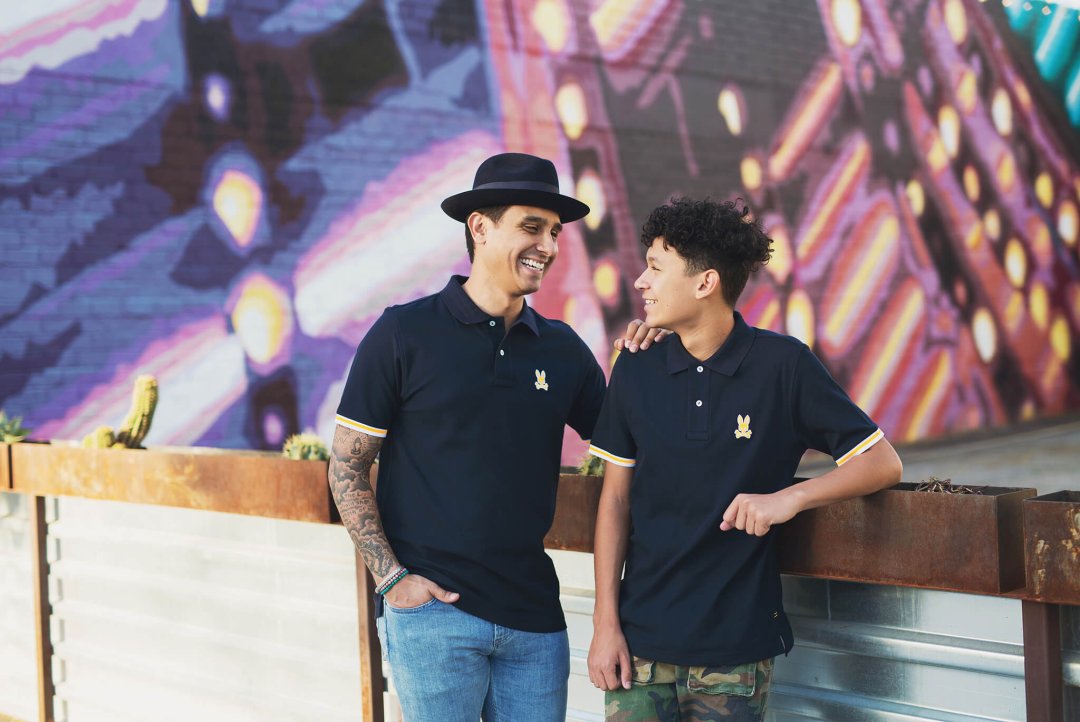 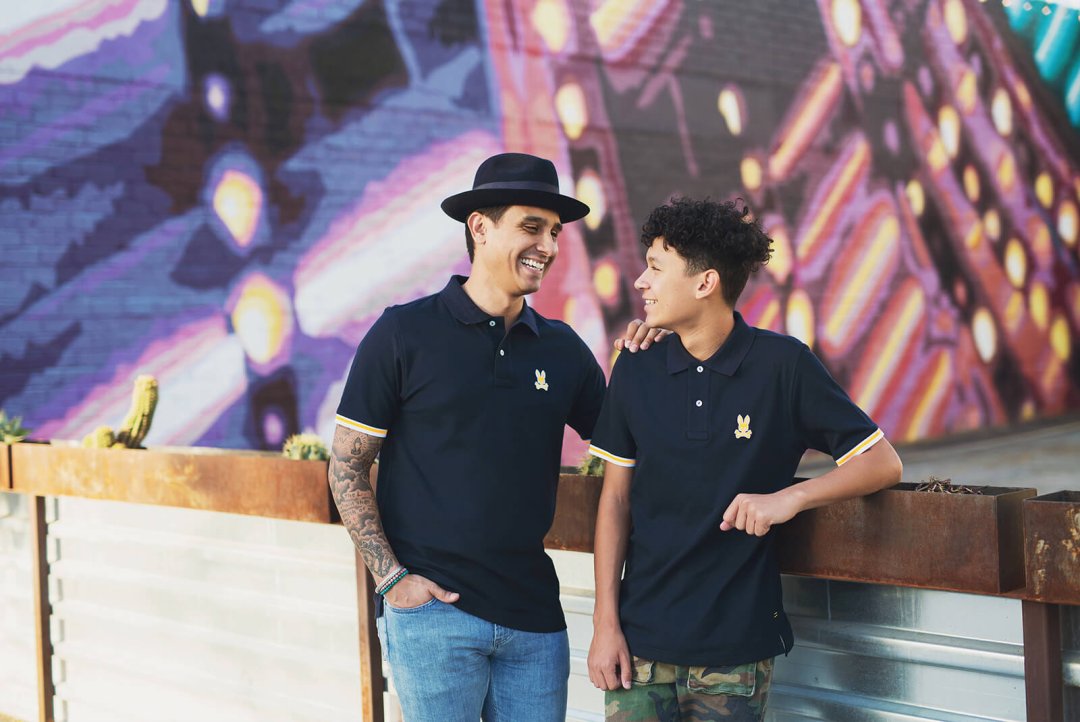 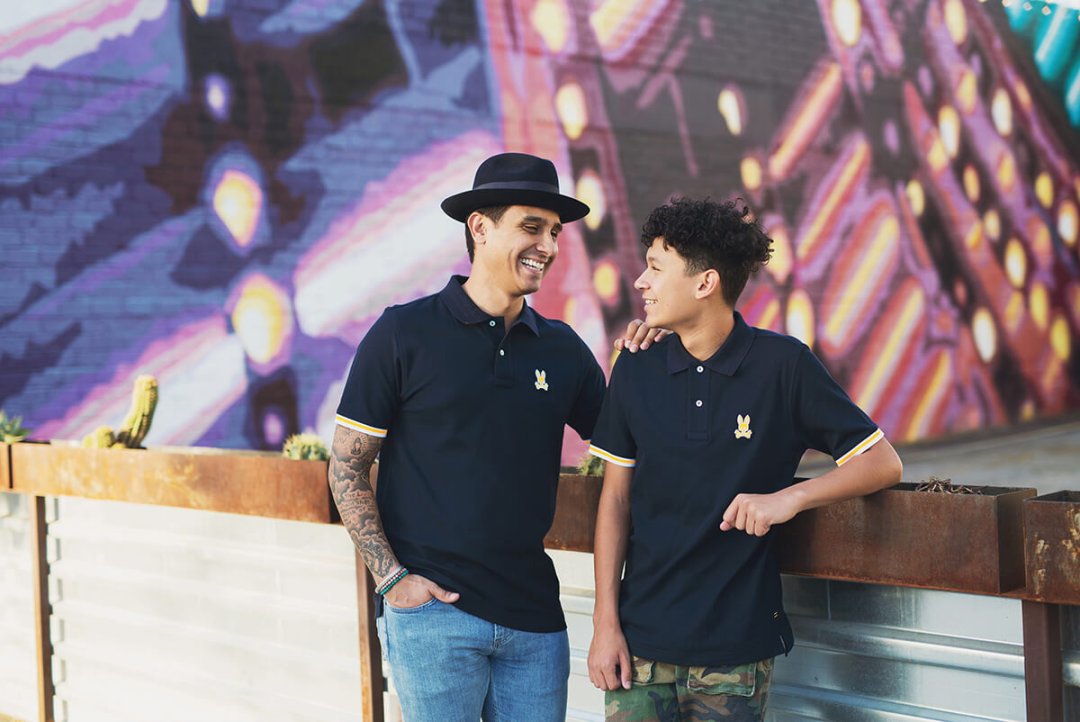 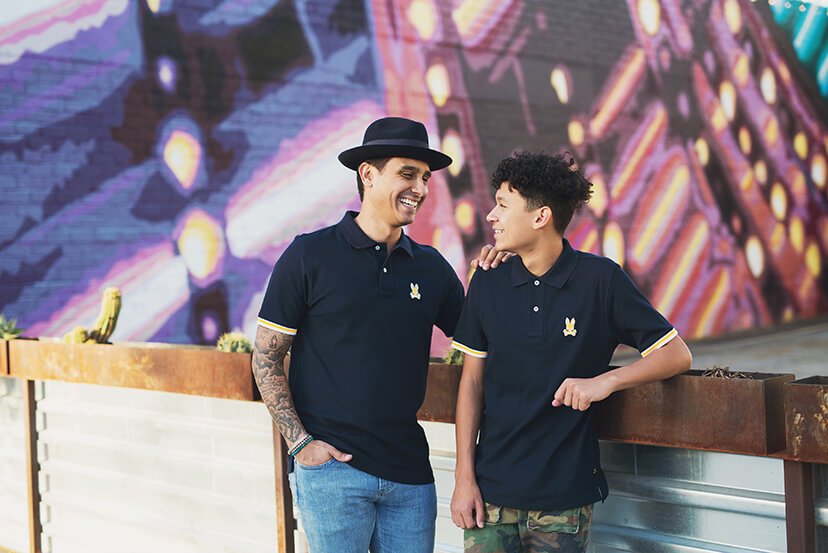 Do you remember when you realized that you really cared about how you dressed?

I think it all goes back to when I was a kid. My mom had this huge closet with tons of shoes. I’d spend hours in there just playing with them—looking at the different colors and textures and materials, and even trying them on. From there, I ended up loving shoes in general as I was growing up.

Then—in, like, fifth or sixth grade—I really started taking an interest in the clothes I was wearing. I’d think about why I was wearing something—was it because of the season, or because it was a cool color, or something I had seen on TV. I’d start matching things, too. And, really, in sixth grade, as I was going into middle school, I really wanted to stand out, obviously.

So that’s how I started caring about clothes—but it all ties back to my mom’s shoe closet.

Keep up with Ivan here: What you need to know to make sure that you get the perfect fitting trousers, T-shirts and polos.