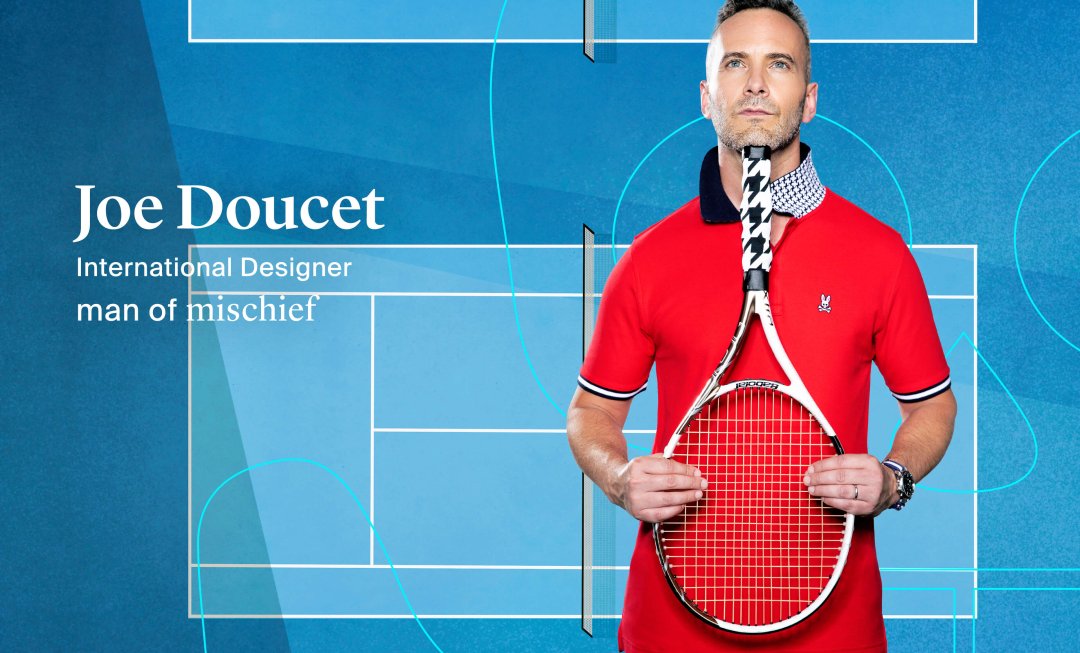 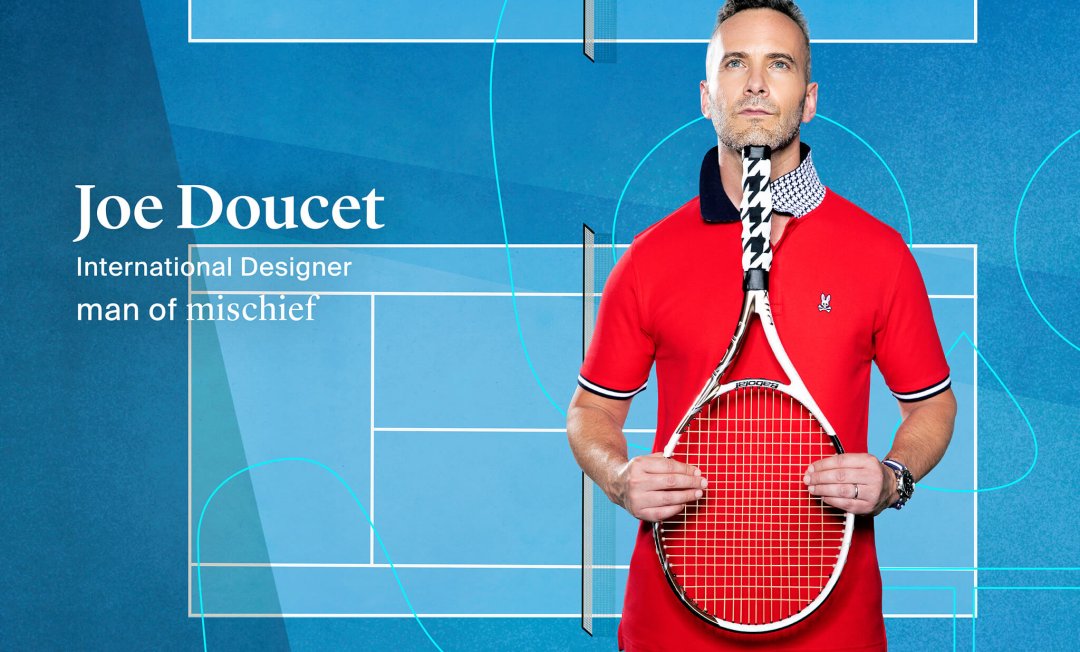 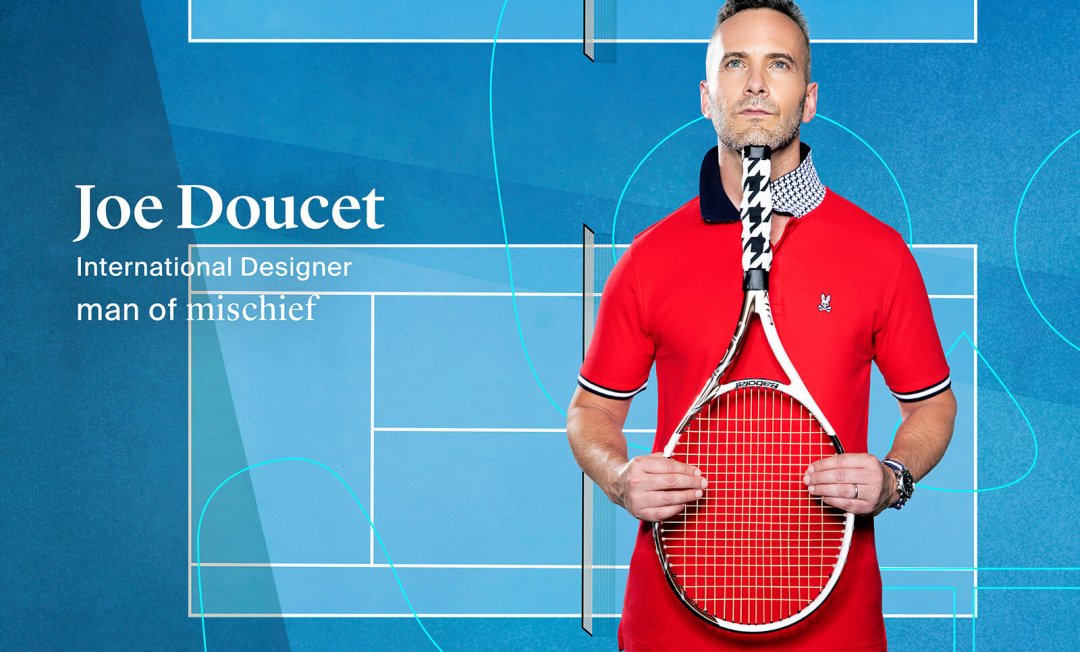 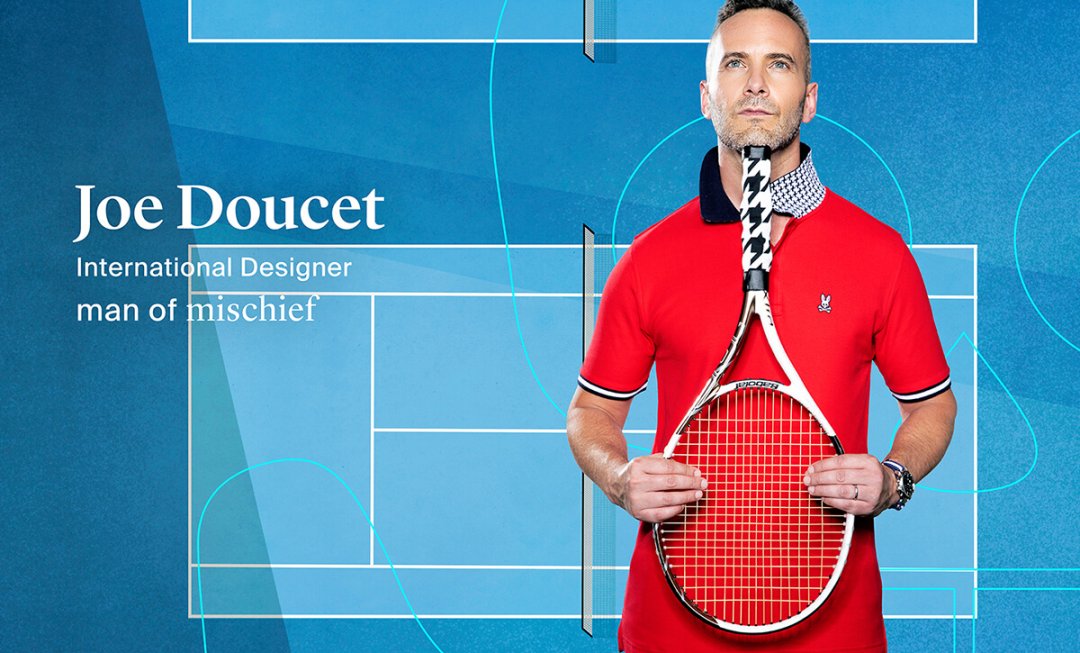 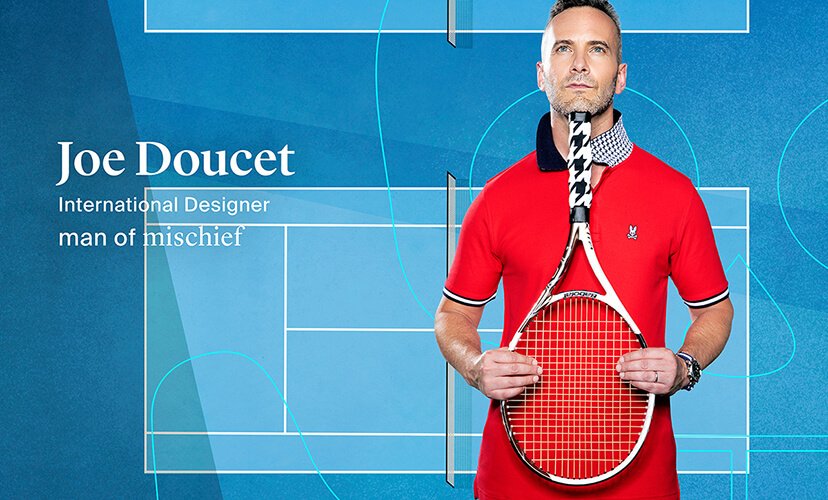 It’s hard to boil what Joe does down to a single word. Sure, he’s a designer, but he does so much more than just design. He solves problems by taking what he learns in one field and applying it to another — by making new rules, if you will.

How would you describe what you do? I think that’s of particular interest with you.

That’s always the first question that I’m asked and it’s often the most difficult to answer. I tell people I’m a designer and then that’s immediately followed up by “well, what kind of design? Fashion? Interior? Graphic? Industrial?”

My answer to that is typically: Yes. I’m all of those things. There’s not really any single title that encapsulates what I do.

I decided pretty early on in my career that I’d never be happy as a specialist in any one field and, by working across so many different categories and different industries, it’s personally rewarding because I’m constantly learning, but it also creates a diversified experience, which allows me to do things far more efficiently. It’s a bit like cross-pollination. 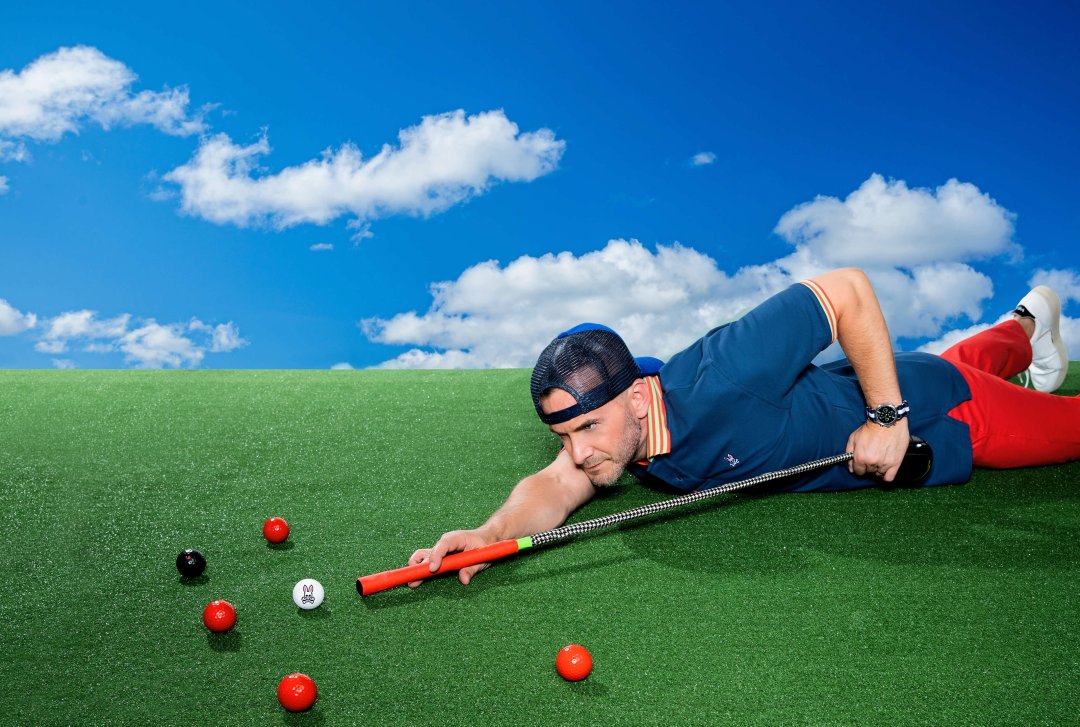 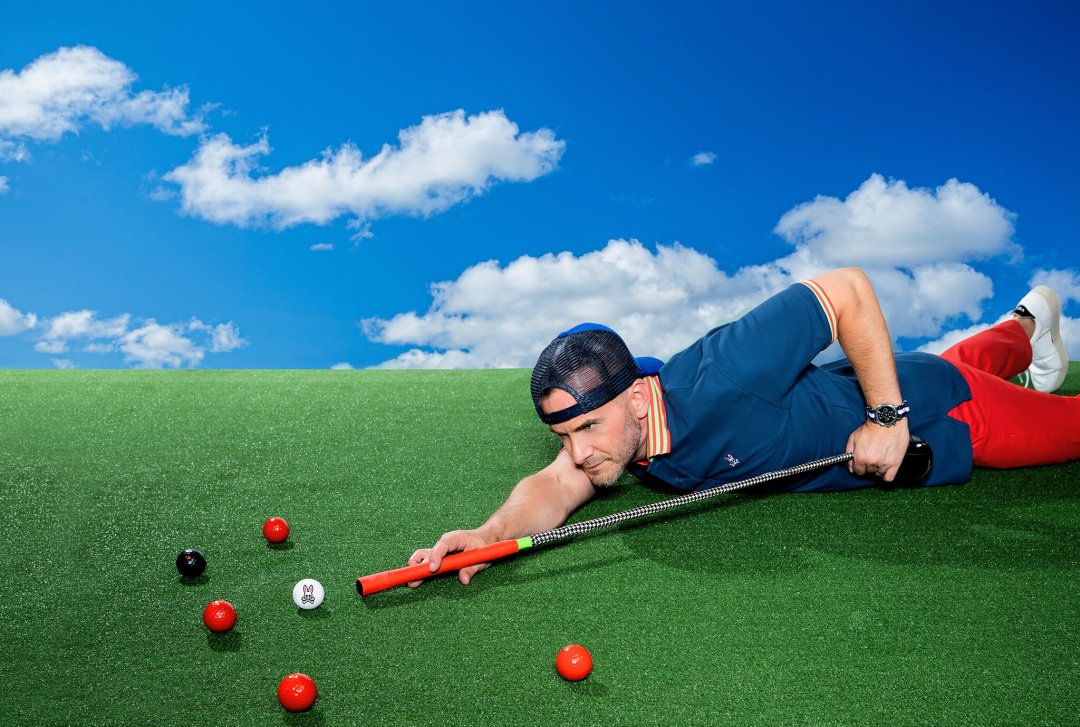 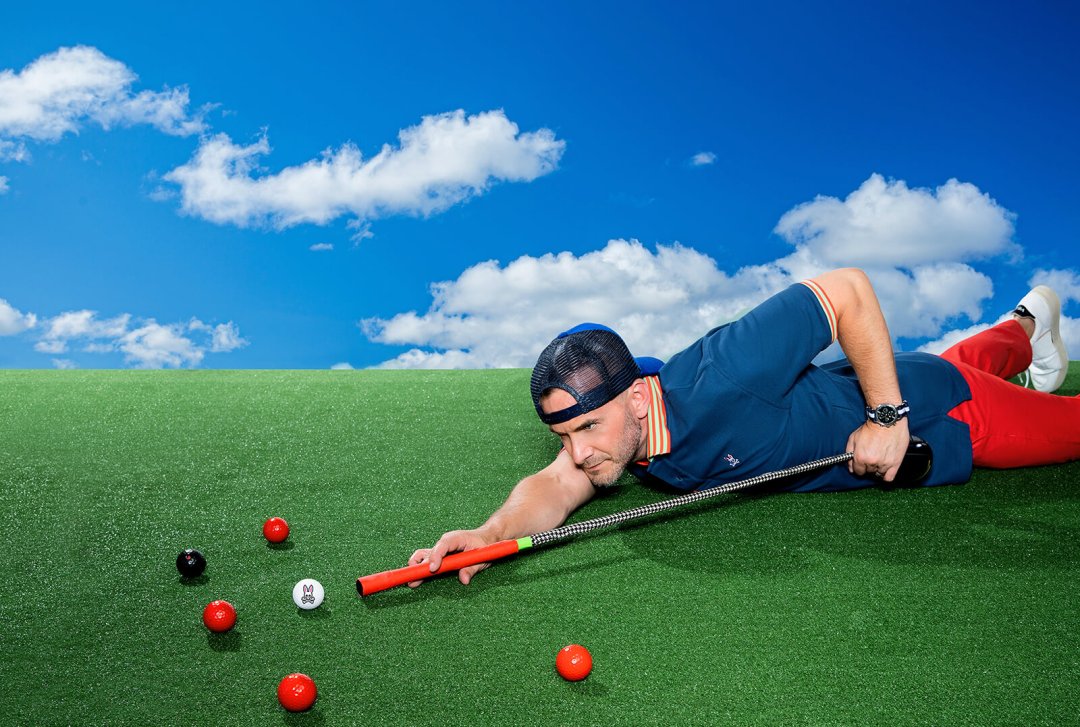 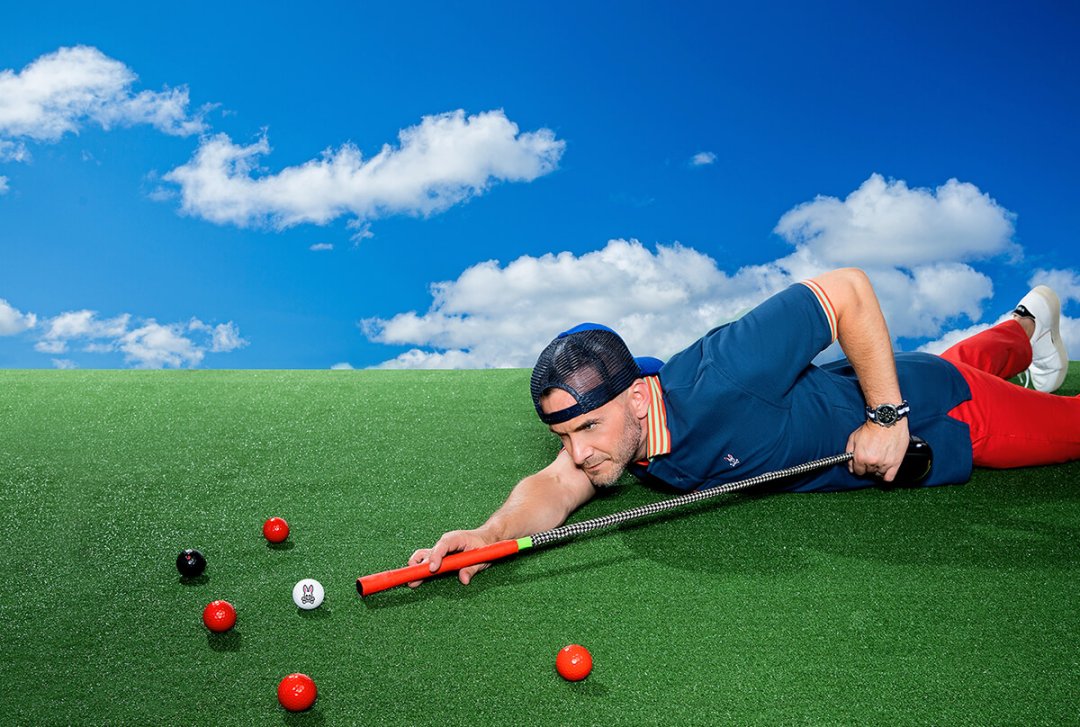 Has your approach to design evolved over time, or did you always see yourself taking this cross-disciplinary approach and the world has kind of caught up to facilitate your practice?

I think it’s a bit of both. I went to Art Center in California, where I studied graphic design. Entering school, I had a much broader view of what I thought design was, but design education at that time was very specialized.

Graphic design training teaches you a very specific methodology: Whatever you’re doing, you’re always creating a defensible concept — you have to get up and defend what you’re thinking and creating. It’s a very rigorous training and distinct from product design and industrial design training, which teaches more formal design language and production techniques. When I apply the approach I learned from graphic design to physical objects, it separates what we do from what you’d traditionally expect from a classical industrial design education.

I think what you’re seeing now is that design education is becoming much more cross- disciplinary and I think that’s a wonderful thing. It’s a path that I forged through out of necessity, because I get bored very easily and I’m insatiably curious — I always want to try something new. But that’s becoming increasingly normal now for designers to want to work in different fields.

That’s why good design is often perceived as
being beautiful — it elevates you in some way.
It’s not about what it looks like, it’s about
how it makes you feel.

That’s why good design is often perceived as being beautiful — it elevates you in some way. It’s not about what it looks like, it’s about how it makes you feel.

Do you remember when you first took an interest in design?

It was happenstance. I was always deeply interested in art. As a child, I thought I was going to be a painter — a fine artist.

In high school, I had an after-school job — in a very small town in Texas where there was one printer. I had a job there. Every so often, we’d have someone who was opening up a business come in and ask for business cards or letterhead, but they’d also ask if we could make them a logo. And, being that I was quite proficient at drawing, I volunteered myself. The first one, I did all by hand — meticulously, so we could reproduce it. The guy gave me a hundred bucks.
Before that, I had never realized there was a commercial aspect to art.

After high school, I moved to Los Angeles and I was trying to figure out what my next move was going to be. Having the experience I did from the printer, I got a job in a copy shop and I was pretty much doing the same thing, making a little money on the side. A student from Art Center brought in their portfolio to make color copies and I took a look at the work and there was just a bell ringing in my head — that was what I wanted to do and that was the school I wanted to go to. 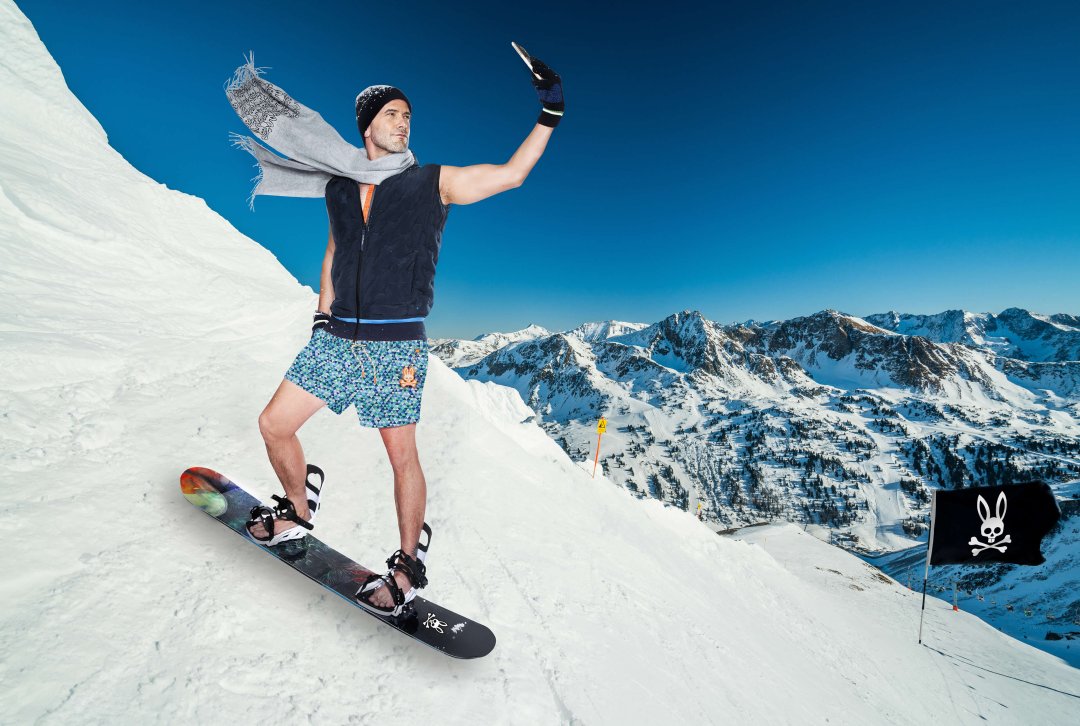 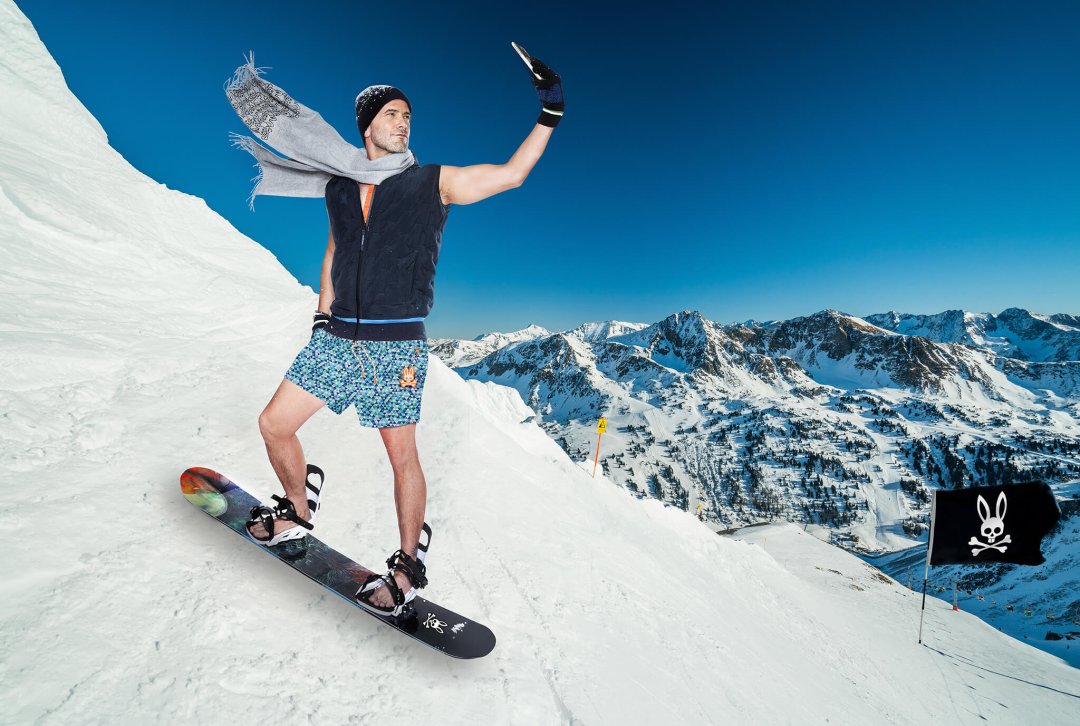 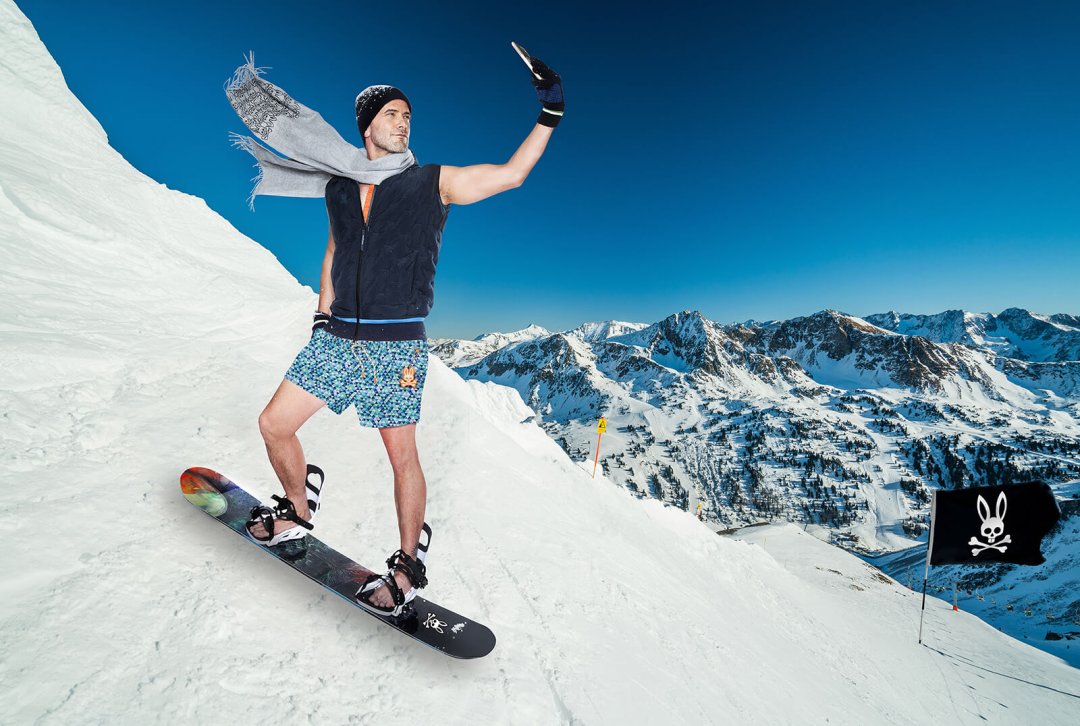 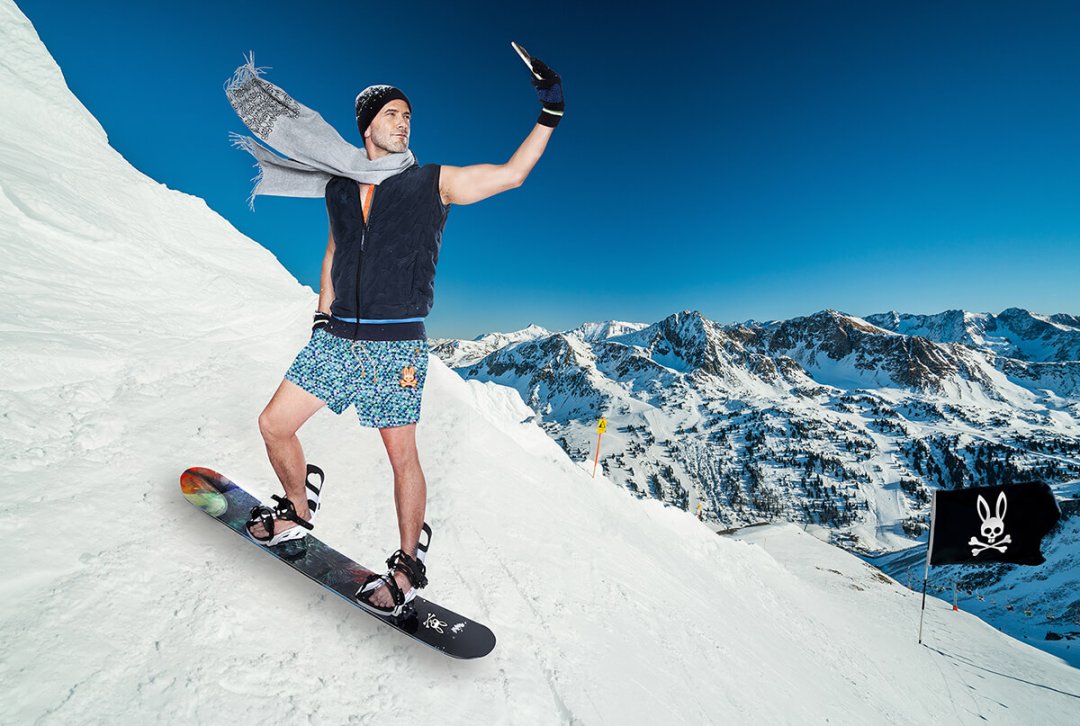 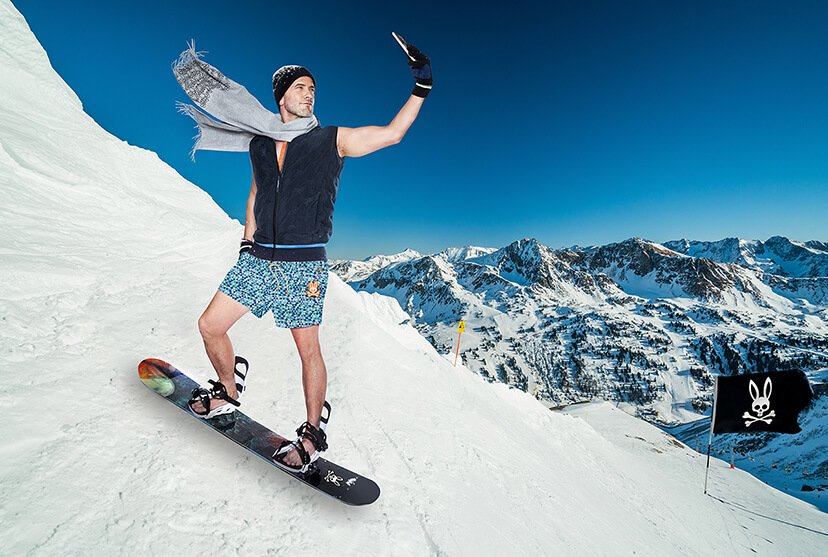 How do you find inspiration?

I never really think of things in terms of inspiration. I prefer to think of insight. I’m not looking for inspiration, I’m looking for that moment of insight that will allow me to create the proper response or solution to any given challenge. I never start off by sketching. I start off by writing. I try to make sure I’m defining and attacking the proper problem and not just what’s stated in a brief. I try to step back to the fundamentals.

Take, for example, the public seating arrangement. They came to us to design a public seating installation for Times Square. Normally, the jumping off point would be: How do people sit in public places? My process tends to let me take a step back further than that: What is public seating? What does it do? Well, public seating serves a large congregation of people, but large congregations of people can be targets, so can seating help solve that problem? It would be easy to just put down some concrete barriers and call them seating, but they’d probably be in a non-use state — protectively, speaking — most of the time, so then what do they need to do when they’re in their non-use protective state? They need to be beautiful and interesting and configured in a way that allows people to interact in a non-linear way.

You can only come up with a solution like that if you take a step back further when analyzing the problem. And that’s the process I take with almost everything.

There’s not really any single title that
encapsulates what i do. I decided pretty early on
in my career that I’d never be happy as a
specialist in any one field.

There’s not really any single title that encapsulates what i do. I decided pretty early on in my career that I’d never be happy as a specialist in any one field.

So, going off what you’ve said, you don’t necessarily see design as art, but as something else — something utilitarian. I guess that’s why they call it design, right?

I like to think about it like this: a beautiful solution is always artful, in some sense. I think good design is an elegant solution.

I think the beauty to design is that its not just engineering, because engineering can create the world’s strongest bridge — but an elegant solution to creating the world’s strongest bridge would create something structurally sound while giving something more to the users than just getting from point A to point B across water. It’s going to uplift the spirit, keep people safe, facilitate interactions and its appearance, as a result of achieving those further goals is necessarily going to be quite different than just a well-engineered bridge.

That’s why good design is often perceived as being beautiful — it elevates you in some way. It’s not about what it looks like, it’s about how it makes you feel. 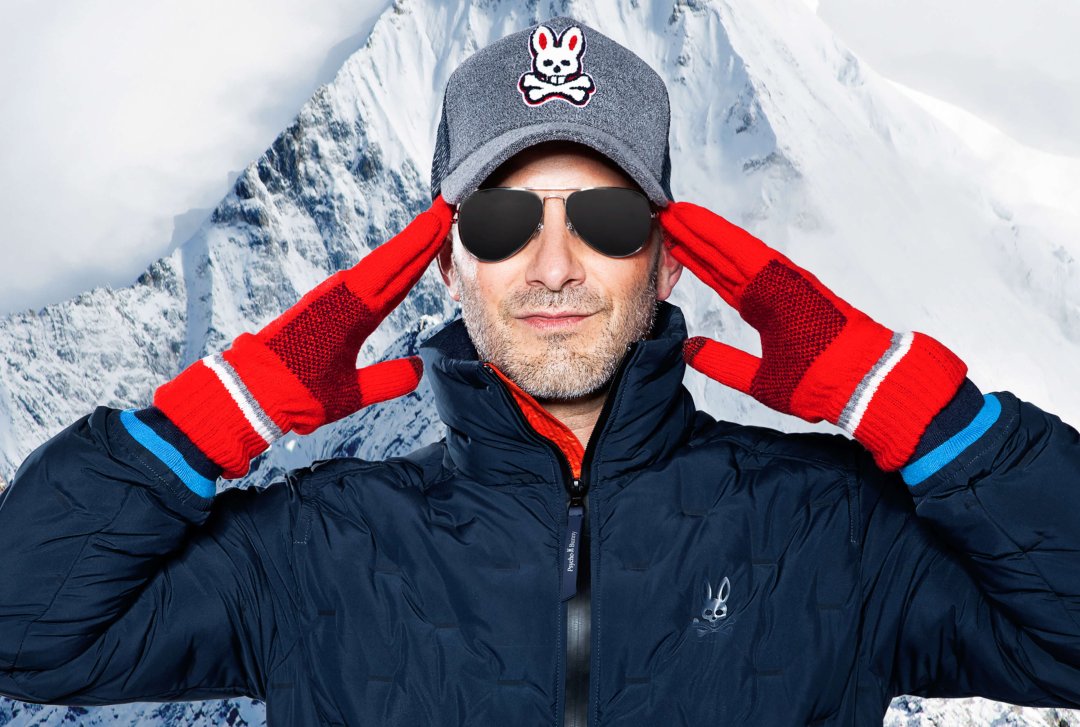 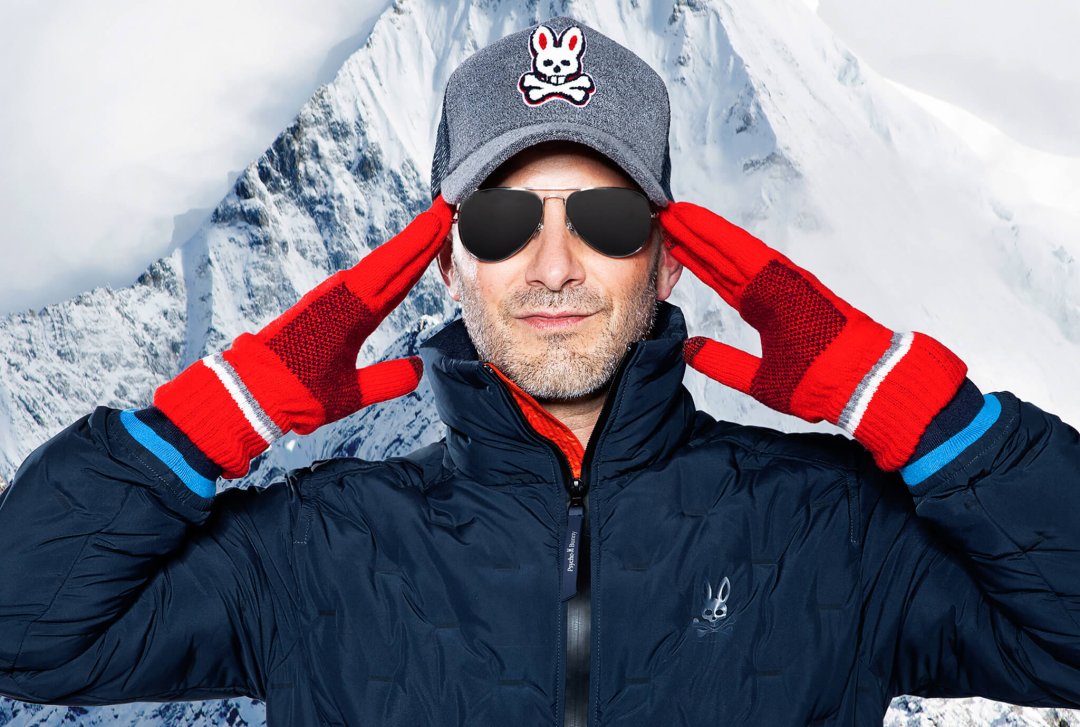 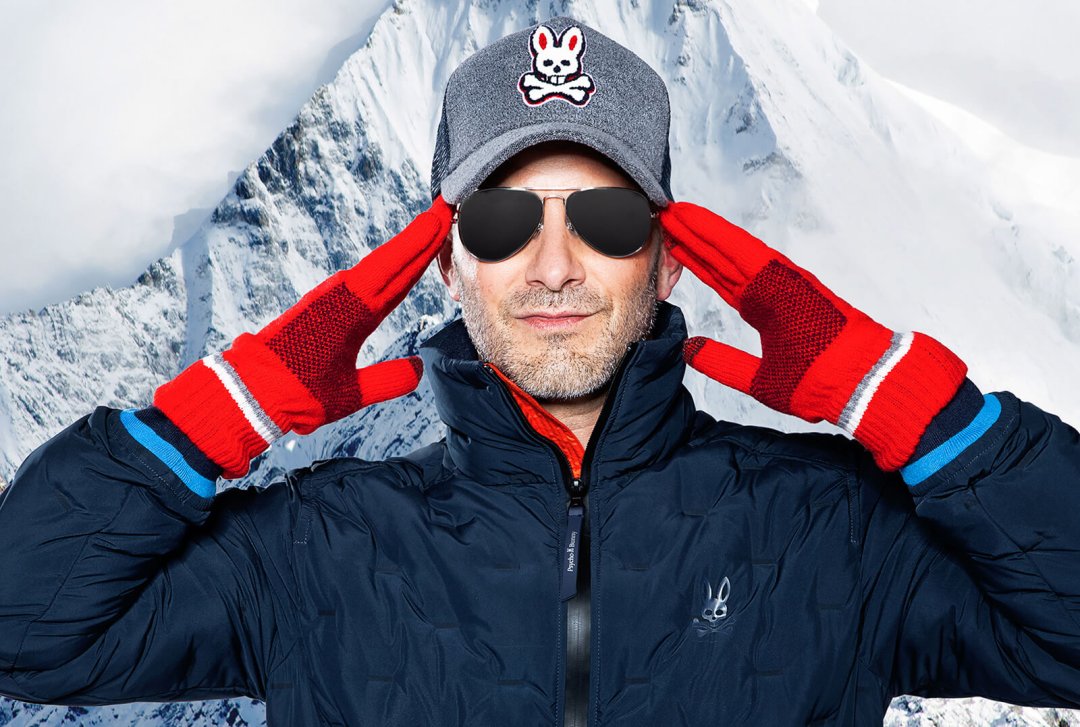 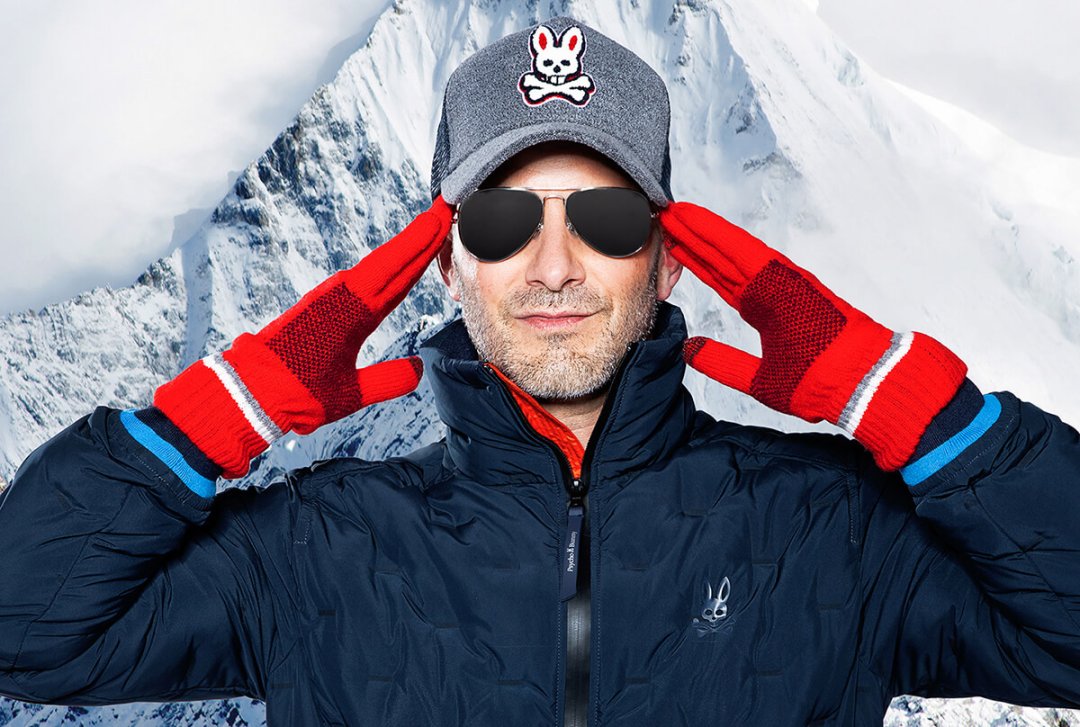 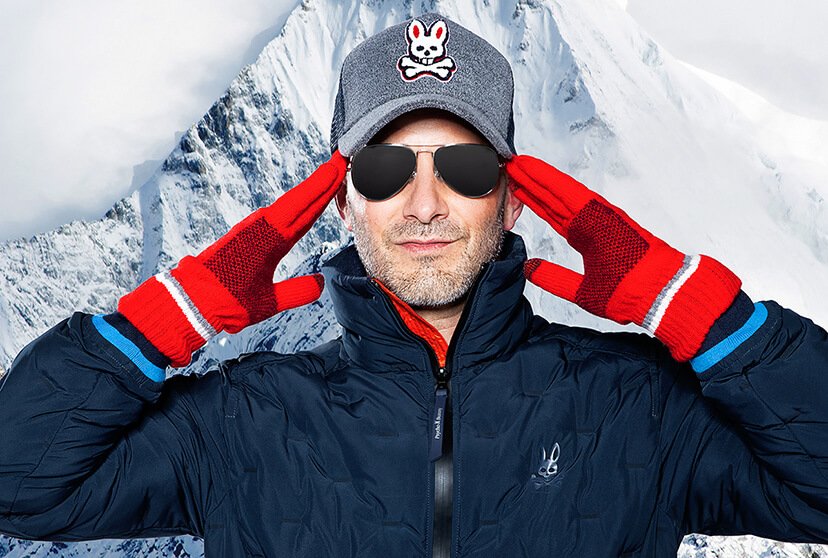 When you look back on your work, what would you say is the project that you’re most proud of? Or the solution that you go back to that reminds you that if you solved that, you can pretty much solve anything.

I’m blessed with a very short memory, so once a project is done, it’s completely out of mind. The thing I’m most interested in is the next problem. I like to be deeply engaged and that happens most when I’m dealing with a new territory and I can completely immerse myself in it. So, it’s less about a favourite project, because my favourite project is always the next one.

If I have to look back on the body of work, ten years into the studio, the thing that pleases me most is the vastness and quality of the work across so many different areas.

What’s the best design to you? What’s the ultimate product of good design and original thought?

I don’t think I can point to something deeply specific — it’s more of a general reaction that I have when I see something. I’m just like “Man, that is such a good way of tackling that problem, I really wish I had done that.” There are some things you come across that are absolutely perfect — nothing more than can be done, nothing less that can be done, the right amount of everything. It just fills me with joy. It’s almost spiritual.

I’ve had that reaction to a birdhouse. It doesn’t have to be some massive piece of technology. And, funnily enough, one of the projects that I’ve done that’s the most ubiquitous and the most imaged out there is this deck of playing cards. I get pictures almost every day from around the world of that deck of cards. That’s a project I completed almost five years ago, and I would have never guessed it would have had the impact it did. Sometimes it’s the small things that move people.

Keep up with Joe Doucet here: Talking shop with a dynamic young restaurateur who went from business school to thinking about how to put his city on the map by paying attention to the little things. We sat down with DJ Townsel to chat about going from high-flying NFL wide receiver to well-grounded yogi.