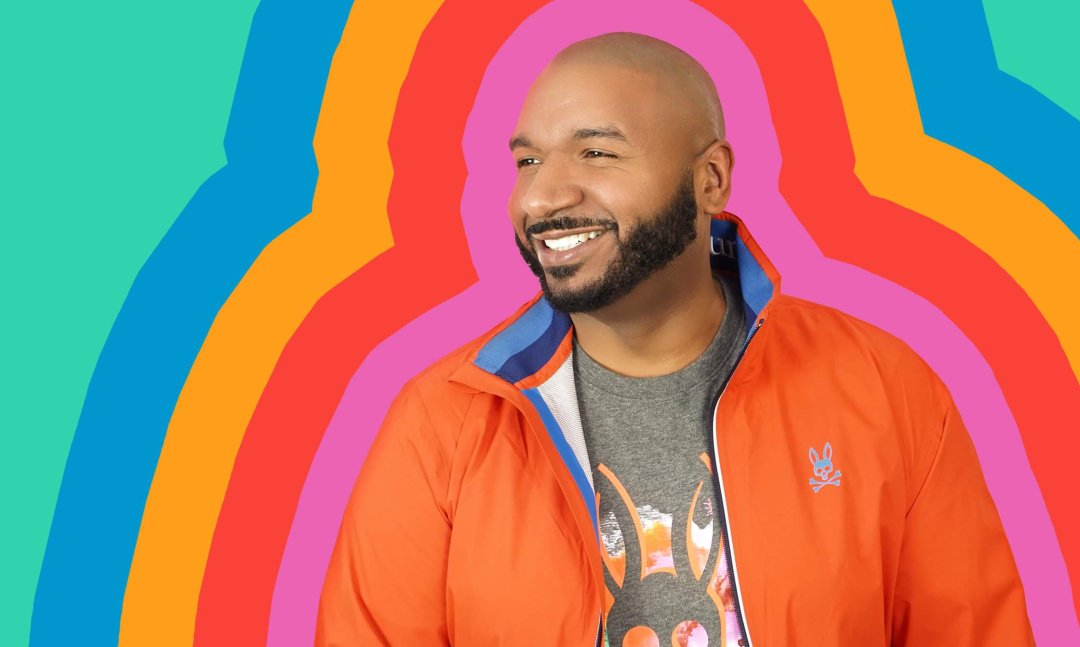 DJ SUSS ONE has accomplished more than most going from mixing a few songs at a high school party to being one of the biggest names in the industry to now being on TV and getting into the movie production business. Despite what he’s already done, he’s nowhere near finished.

The celebrated DJ sat down with us to talk about his career, how he stays inspired, and the uniquely satisfying ability to elevate people’s energy. 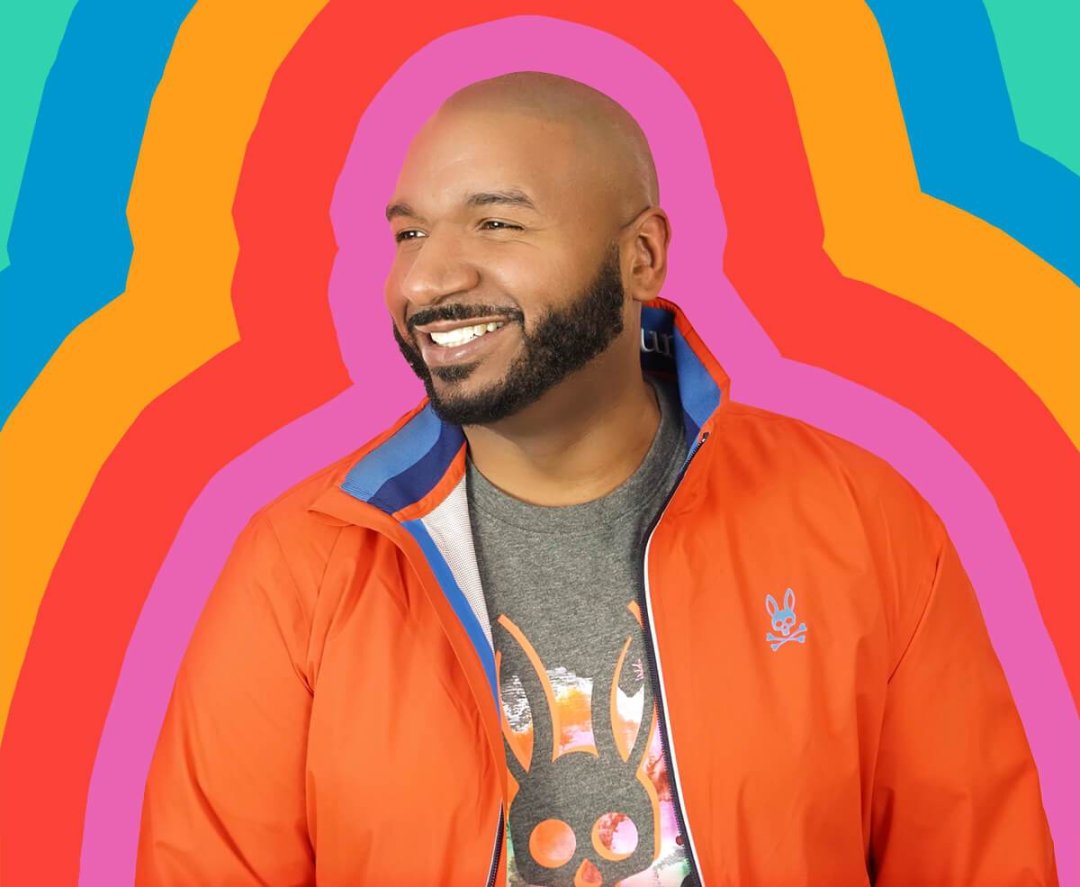 DJ SUSS ONE has accomplished more than most going from mixing a few songs at a high school party to being one of the biggest names in the industry to now being on TV and getting into the movie production business. Despite what he’s already done, he’s nowhere near finished.

The celebrated DJ sat down with us to talk about his career, how he stays inspired, and the uniquely satisfying ability to elevate people’s energy.

How would you describe what you do? Because it’s definitely more than just playing music.

My job is to uplift the energy of the people.

I’ve got plenty of jobs, but, it comes back to that. As a DJ, it’s about that. Beyond that, I’ve got my company, The Feature Presentation Studios, where I’m finding talent and producing movies. That, too, is about different energies and elevating people—finding artists and their music. At the end of the day, it’s about me always being creative.

When did you realize that elevating people’s energy was something you were able to do?

From the time I was a teenager, I knew that I wanted to be a DJ. I was watching Kid Capri at the end of Def Comedy Jam, listening to Kool DJ Red Alert and Funkmaster Flex on the radio, DJ Clue and Ron G, too—they were the big reasons why I wanted to start DJing.

So, I knew I wanted to do it, but the first time when I realized that there was something more there, was when my boy was DJing at a party at my high school. He let me throw on, like, four records and I got on the mic. Now, mind you, I wasn’t a super popular kid in high school, right? But people went wild. That’s when I knew that I liked that feeling.

Until I finish all my goals,I have to keep going.

Until I finish all my goals, I have to keep going.

Do you think you not being the most popular kid played a role in that reaction and you liking it so much? People didn’t expect you to be the kid DJing, but there you were, proving them wrong.

That’s exactly what it was. My whole life, I’ve been proving people wrong. I’ve always been the underdog—and, to tell you the truth, I still feel like I’m the underdog.

Is there something that stands out from those early days—a mix you made, even just two songs—that kind of clicked?

I’ve got a terrible memory [laughs] and, on top of that, it’s so hard to pick just one, right? But, there’s a blend that I did when I was living with my dad, years ago. I still have a recording of it; I put it out and some people have it. It was Janet Jackson’s “Nasty” with Notorious B.I.G.’s vocals on “Nasty Boy”—I mixed Janet and Biggie going back and forth.

Do you remember what your first full mix was?

There was an official mixtape that I dropped in the industry, and somewhat in the streets, that I consider my first mixtape—but that wasn’t really the first, because I made some in high school that I’d give to people.

I was just doing mixes in my friend’s basement—he was a producer back then and he still is—and then in my basement. I was making them and giving them out at school. This is when DJ Clue was really big in the mixtape scene, so I would use the echo chamber, trying to mimic those kinds of things. I’d scratch, too, but it was more about blends, then. That would’ve been in the mid-‘90s. 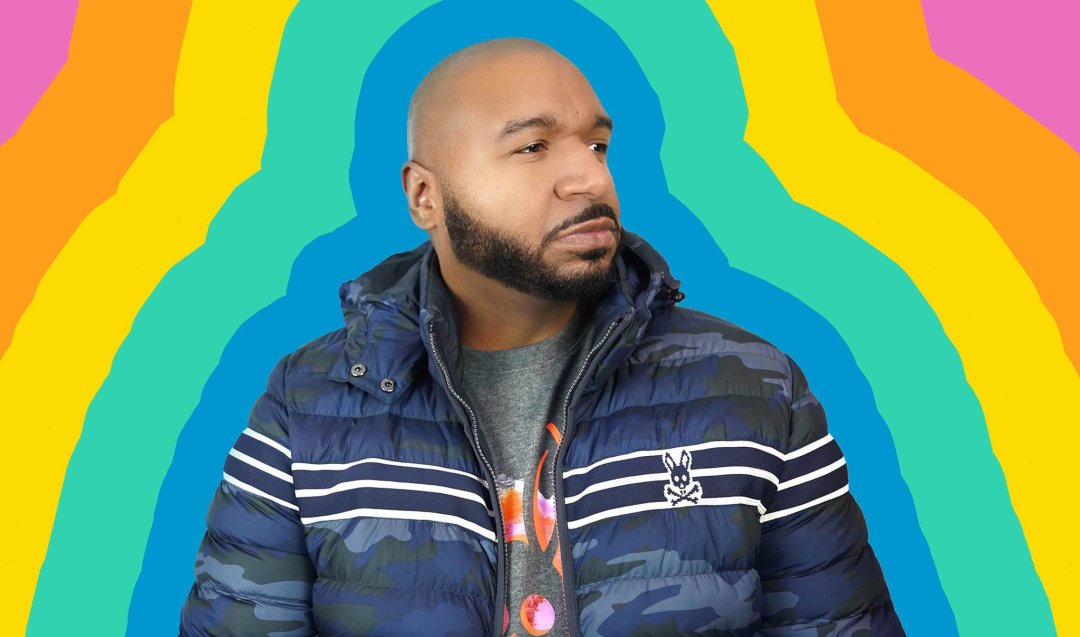 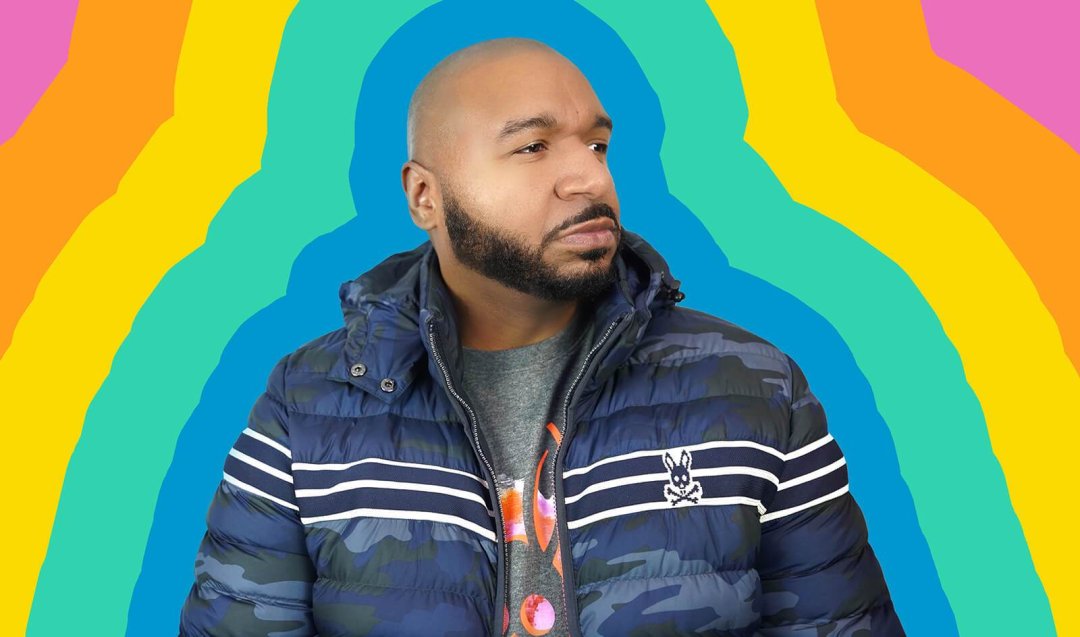 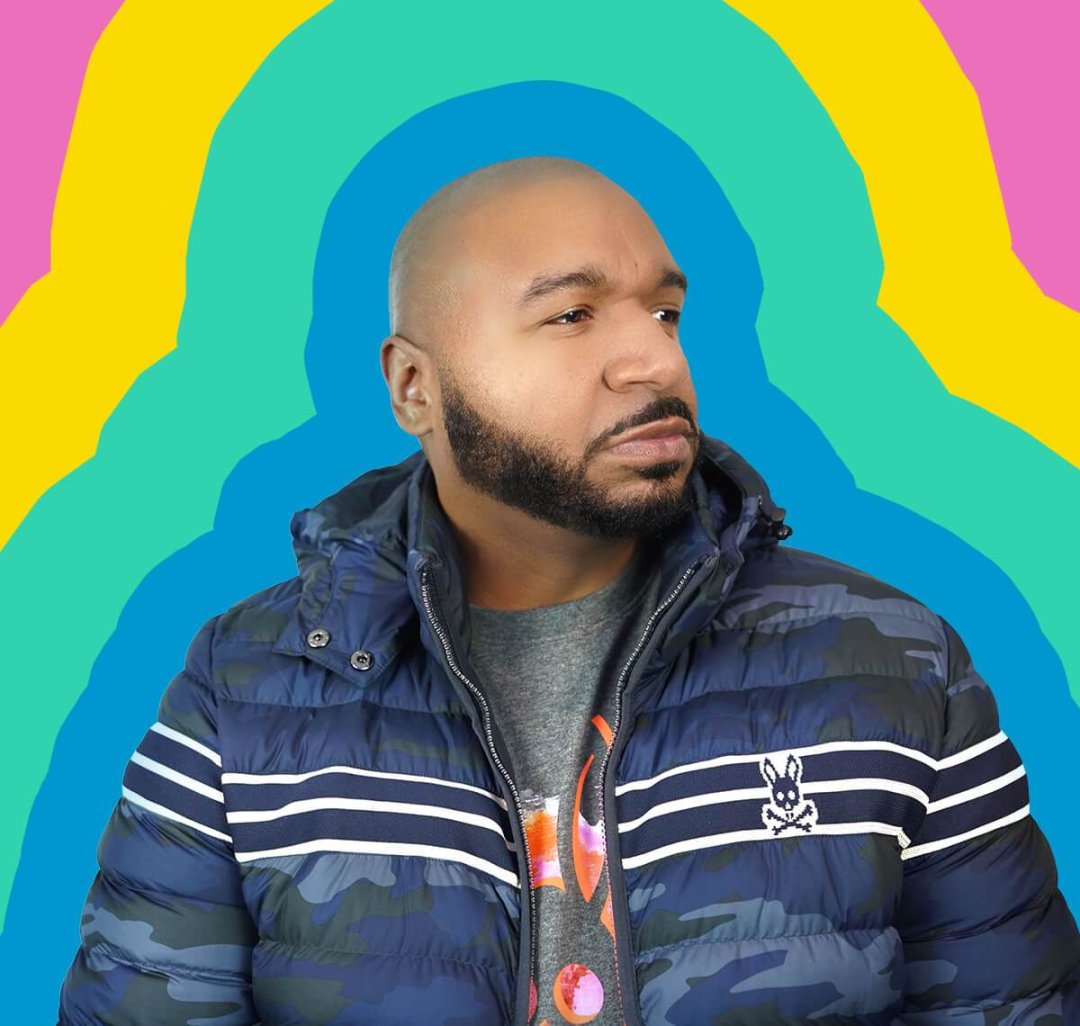 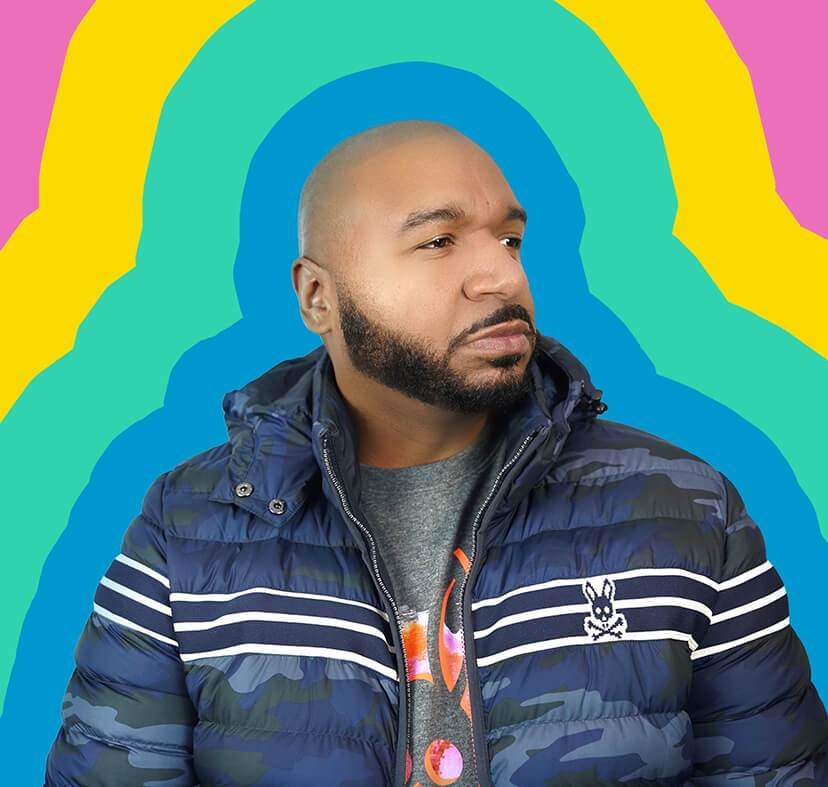 Did it come easily after that? How did you realize that you could actually push things further than just making mixtapes for fun?

I was a geek with DJing. I would listen to every mixtape—I’d watch anything I could get my hands on, be it on VHS or TV. I’d just try to absorb what those older DJs were doing.

In the late ‘90s, I started interning at Sony. I was seeing what other DJs were doing and that made me realize that there was a path there. DJ Clue was going platinum in the streets—making millions of dollars with his mixtapes sold at mom and pop shops. There were other DJs, like Kid Capri, Kay Slay and Flex putting out albums. I mean, Flex went gold like four times, Clue went platinum twice—these guys were getting money. I remember Kid Capri had his own tour bus! That was crazy to me. It seems normal, today, that DJs are considered A-List celebrities, but it wasn’t always like that, so seeing those guys doing it in the ‘90s was huge for me.

Now that you’re the guy doing it, what are you most proud of?

I’m gonna name more than one, I can tell you that. [Laughs]

Then, I ended up DJing for Mariah Carey. It’s interesting because my first internship was with her record label back in the late ‘90s. She had a record label under Sony called Crave Records. Fast forward, though, and I came up under DJ Clue, who had a working relationship with her and was supposed to go on tour with her. But he had just gotten a full-time gig at Power 105.1, so he couldn’t do the whole tour. He ended up putting me on, like, 90-95% of the tour and he did the really major cities. She ended up loving me as a DJ and I became her main DJ. That was an accomplishment in and of itself.

That brings us to last New Year’s Eve. I’ve been rocking with Mariah since 2006… but New Year’s Eve, I got to open up Madison Square Garden, which was a big deal for me. That’s my hometown. Madison Square Garden is iconic. And I opened up—nobody else, just me—in front of twenty thousand-plus people, like it was a big club, just doing what I do. So that was a huge moment for me.

Being on television is an accomplishment, too, having never been on TV before and now doing the Wendy Williams Show.

Being recognized by my heroes is kind of what it boils down, too, though. Kid Capri tells me he’s proud of me. Ron G, who was a big part of me getting into DJing, is aware of me and has asked me for a drop, when I’ve been trying to get one from him for years!

These are the guys I listened to growing up and they acknowledge me. That’s all I ever wanted.

How important do you think having a unique personality has been to getting that kind of acknowledgment and being able to achieve what you have?

It’s super important. I have this conversation all the time, actually.

Now, with technology, anybody can play music. You can hit play, say “hey guys, yes!” and play music—the hottest song out—but that doesn’t make you a DJ. Not everybody can rock a crowd. DJs are supposed to take you on a journey. Just because you play the hottest record and people go crazy doesn’t make you a DJ, it makes you a laptop owner with access to the new Drake record. You have to be able to take people on a journey—to play music, but also use the mic, mix, scratch, blend and do all of that while also being a crowd motivator.

Technology has tainted things a bit, but it’s not just an age or generational thing, though. I see kids who are like 11 years old DJing—but, like, really DJing.

What about getting ready for a set? How conscious are you of what you’re wearing to play a gig?

You’ve got to look the part, right? Simple as that.

My job is to uplift the energyof the people. At the end ofthe day, it’s about me alwaysbeing creative.

My job is to uplift the energy of the people. At the end of the day, it’s about me always being creative.

You mentioned all the other things you do beyond DJing—with The Feature Presentation Studios and being on TV. How challenging has it been to push yourself beyond just DJing, into those ventures?

It’s a daily challenge. Like any entrepreneur, it’s me putting a lot of my own money at risk. It’s a lot of time invested into taking risks to get to your dreams. Not everybody always sees the same vision you do. A lot of people say “no” before you get a “yes”. You know, I’m still trying to get into the movie business the way I want to be involved. It’s just like me getting on radio at first, though—there’s a ton of people telling me: “nah, you can’t do that.” But of course you can! You work hard, you take risks, you fight through the NOs to get to the YES. I’m going to get to the end goal.

Do you see it all working together in concert?

My creativity feeds off all of this. These projects, each of them excites me. A lot of people don’t know this but I have a passion for horror movies. I grew up in the ‘80s and ‘90s and fell in love with movies like the Nightmare on Elm Street franchise, the Friday the 13th franchise. I remember New Line Cinema, which is one of the biggest studios in the game, was pretty much launched by the Nightmare on Elm Street franchise. And then, they went on do so much. But it all started with Freddy Krueger. I want to make movies, but, for me, it’ll all have started with DJing.

How do you manage to keep yourself going, creatively after all these year?

I haven’t gotten to where I want to be—as wild as this sounds—DJ-wise. I’m on a certain level, but there’s still a lot that I want to do. As far as movies go, I’m just starting.