The internet age is a wild one—just ask Adam The Creator. What started as a passion project predicated on posting a sketch every day has slowly morphed into something he never could’ve imagined: He’s a professional meme-maker with a creative agency of his own—and an alter ego of sorts.

He spends a lot of time online, but a lot of what inspires him is found off-line and he’s on the front lines of finding that perfect balance between the two. 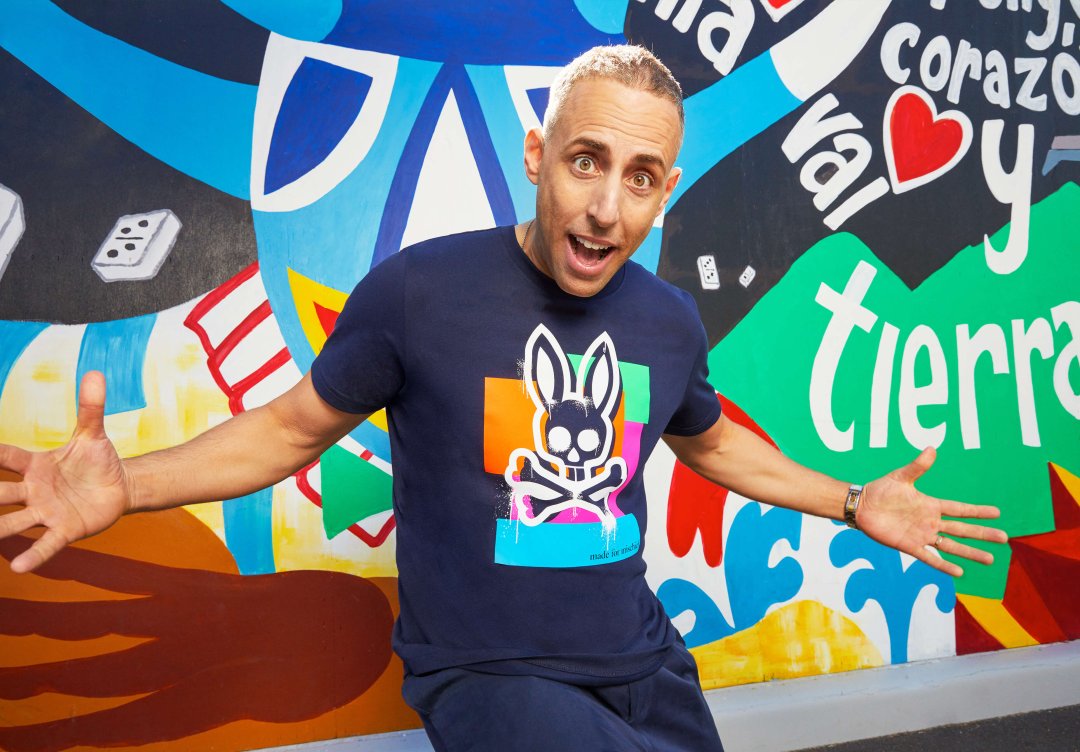 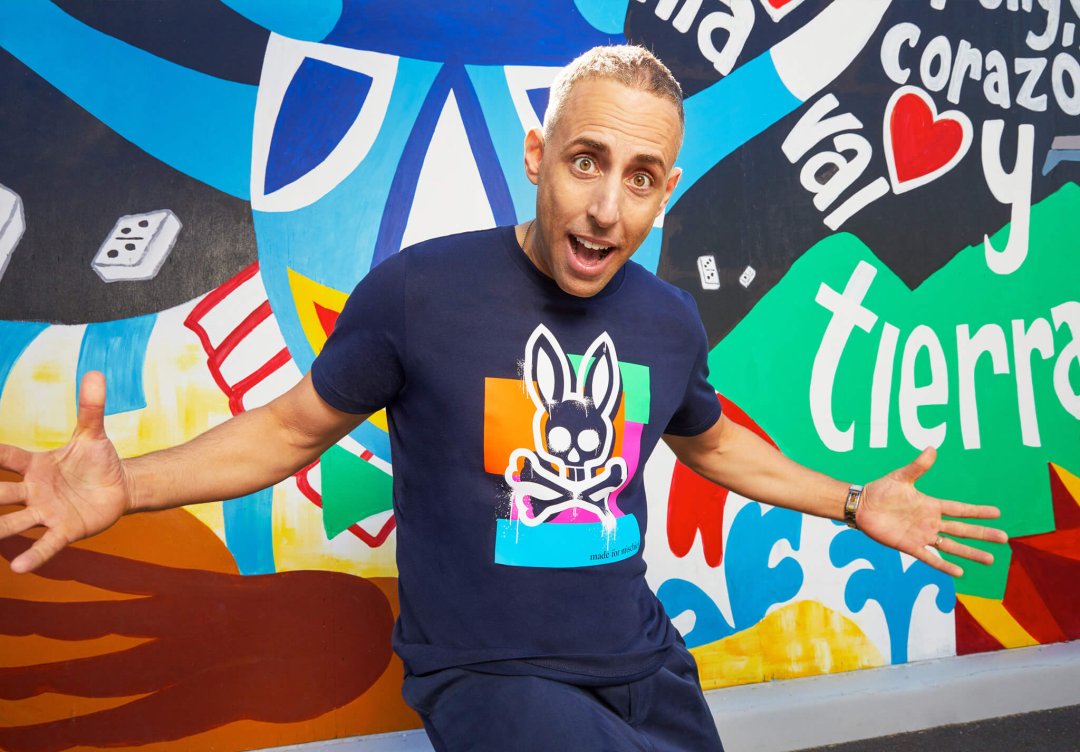 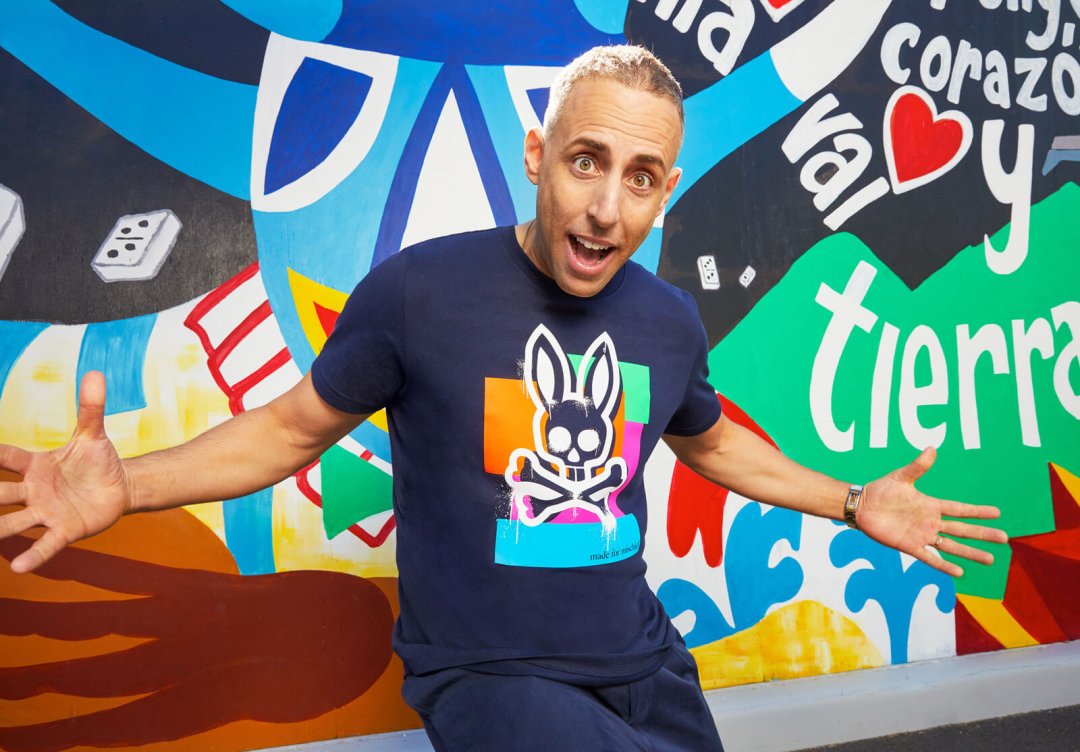 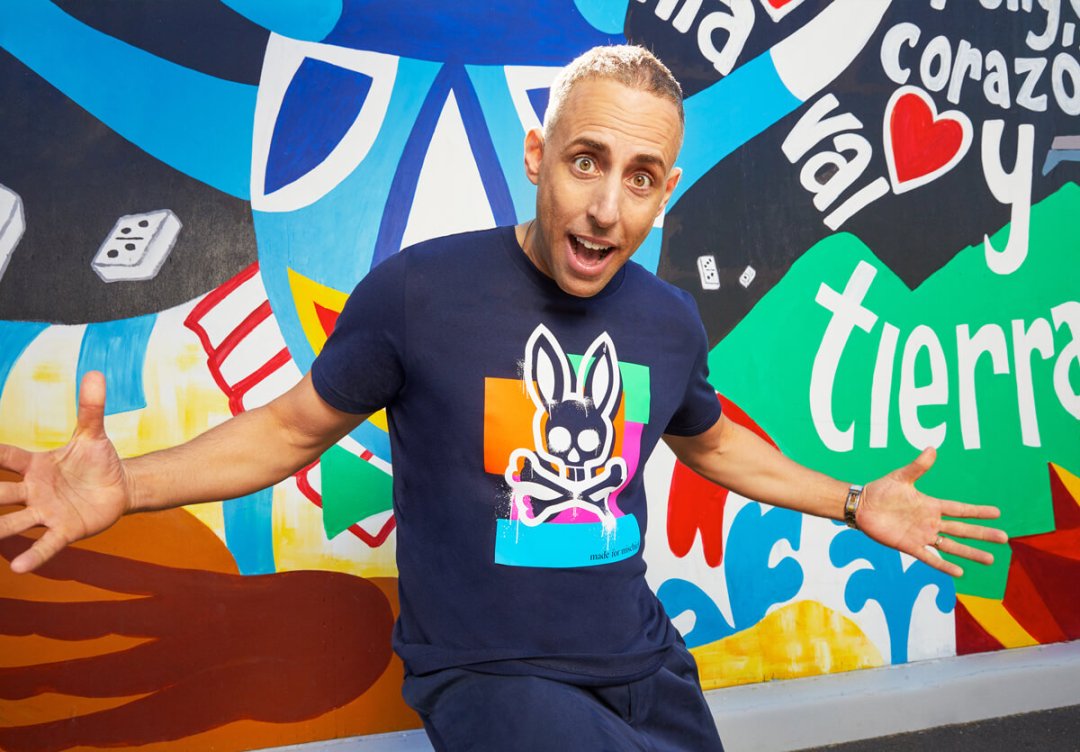 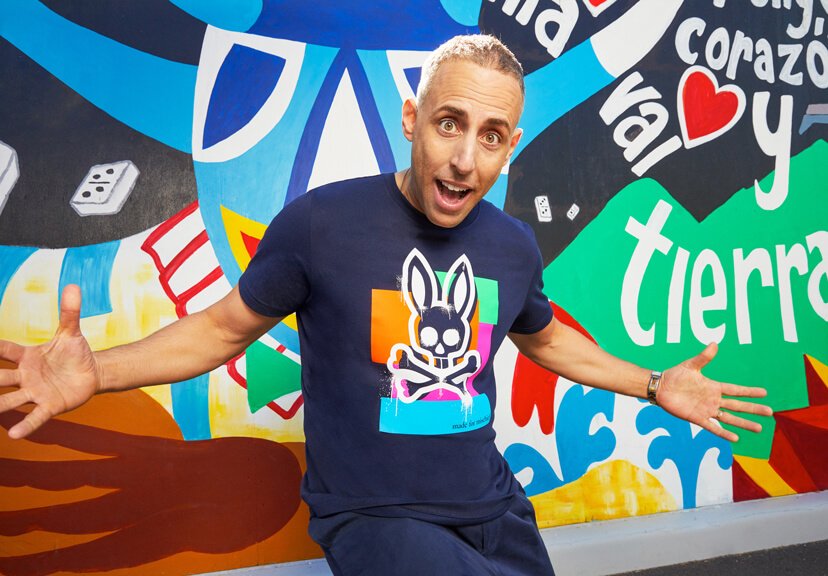 Is there a difference between Adam The Creator and Adam Padilla?

How did you come to be called Adam The Creator? Like, why that name, specifically?

No—in all seriousness, when I started making memes, I changed my name from Adam Padilla, on Instagram, to Adam The Creator, because all these memers have pseudonyms, right? I was like, well I’m Adam—but what am I? I tried Puerto Rican Pasta, for about two weeks—terrible name. I’m not about doing the right thing the first time, I’m about taking the risk the first time and failing and then just saying ‘okay, I failed, let me try it again.’ So, Puerto Rican Pasta failed and I changed it to Adam The Creator because that’s one thing you can’t take away from me—I’m not the sickest athlete, but I create and you can’t take that away. I felt like it would be a name that would be kind of fun, but also serious to me.

Let’s talk about that—when you started making memes. How does one come to be a meme artist?

An artiste of memes.

A connoisseur if you will.

I got into it through a sketch account—I committed to drawing one drawing a day. Once I started, I knew I wasn’t going to be able to stop. I had no followers, but I posted it to be faithful to myself, to be accountable, to put myself out there. 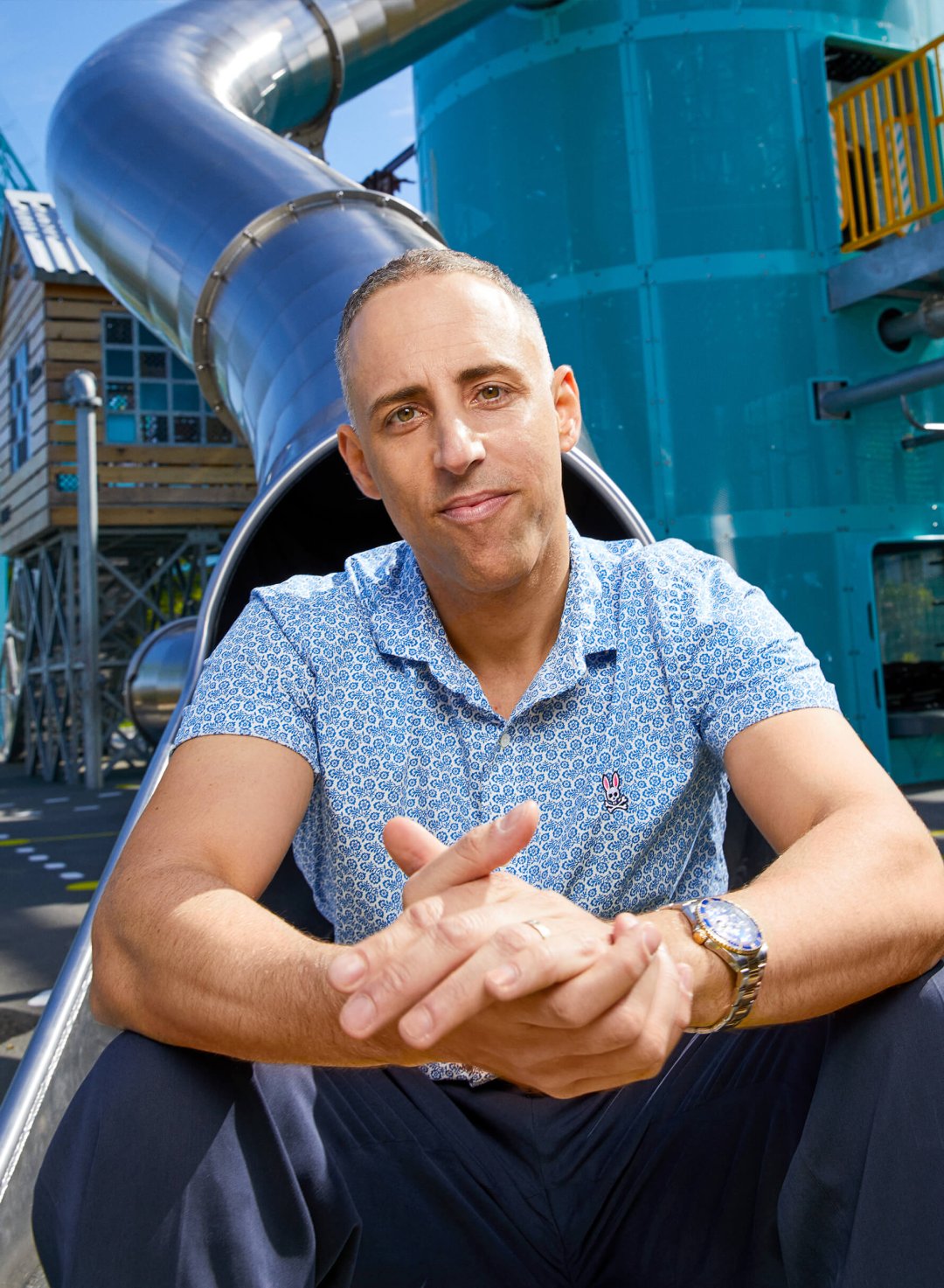 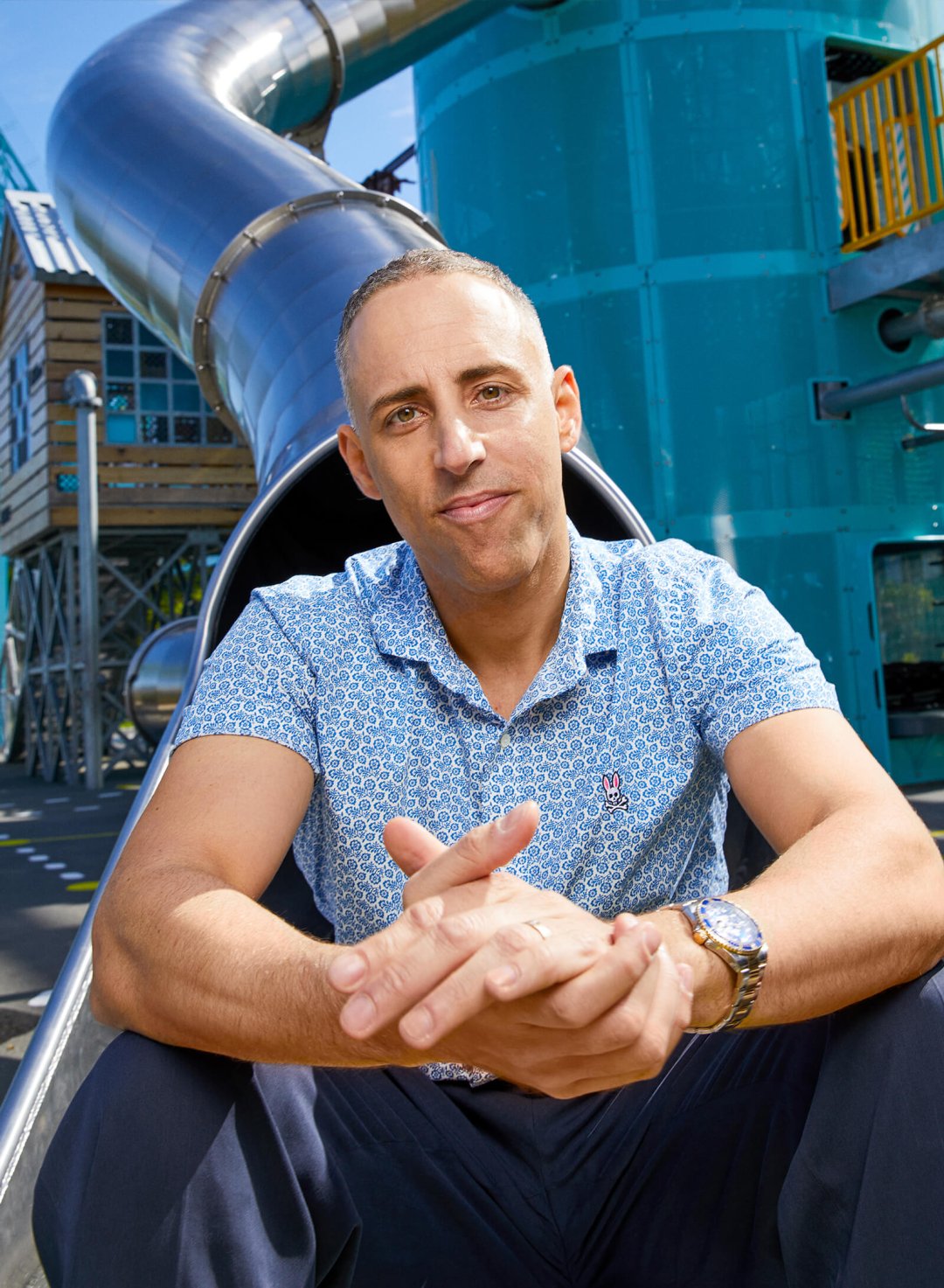 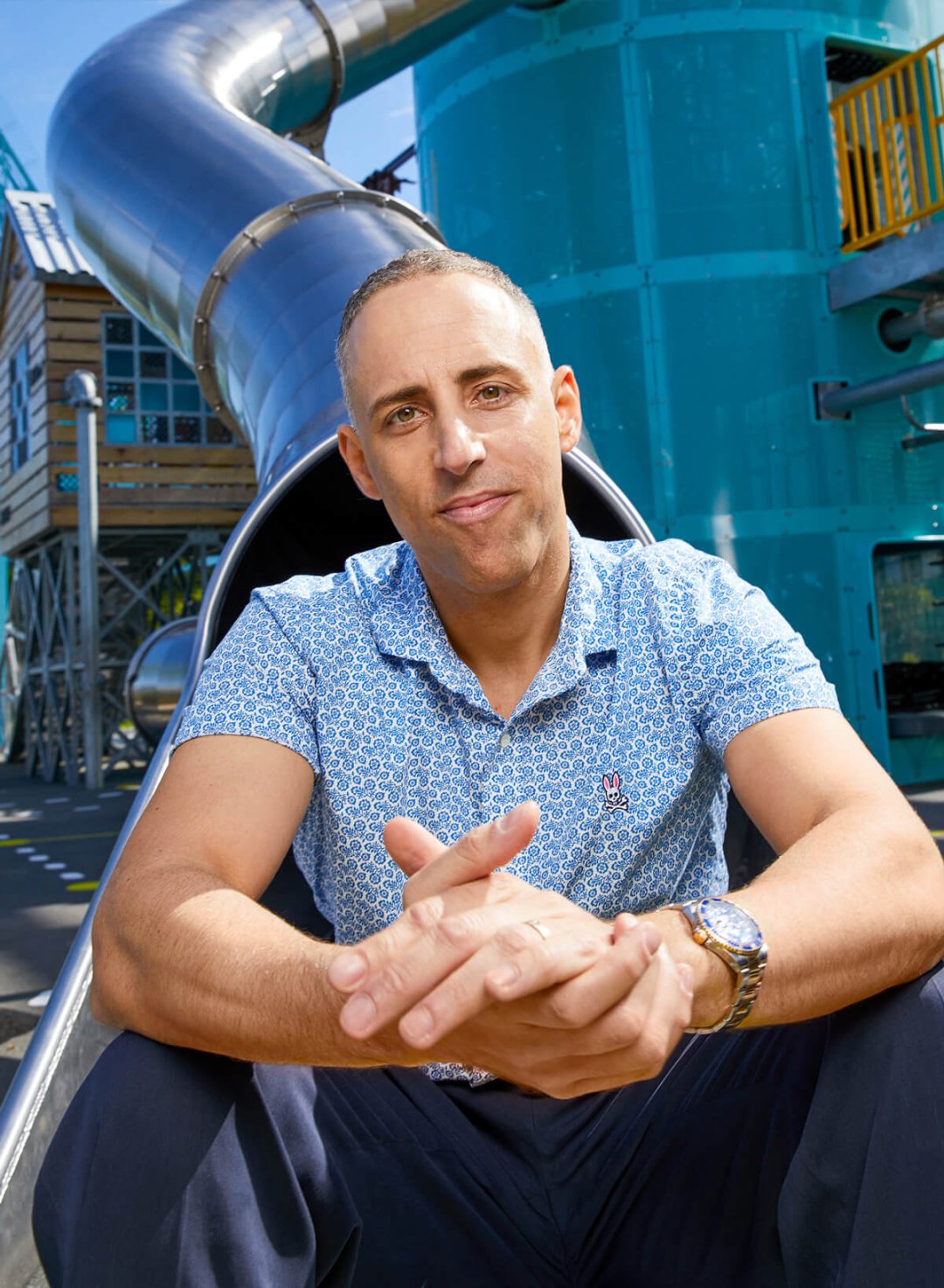 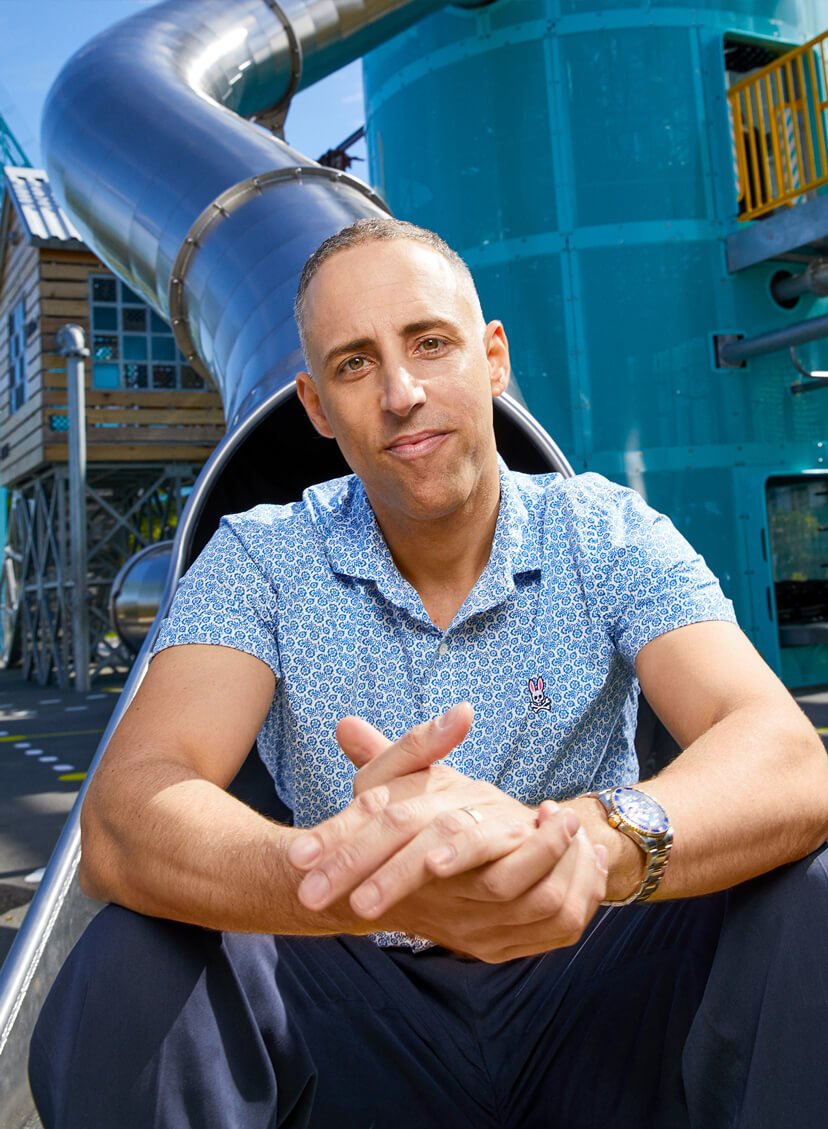 I want to elicit a response.
I want to put out something that touches the line without being hurtful.

But how do sketches turn into memes? Is it just an extension of being an artist?

After I filled two sketchbooks, I was kind of burned out with sketching, but I had this following of about 30000 people. Towards the end, I had been getting into funny sketches.

I made so many friends in the meme community while I was drawing. They’d repost me and they showed interest in my creativity even though I wasn’t a memer. They looked like the cool kids, right?

So that’s when I decided to pivot to memes, just to keep it going. I know Photoshop—I’m an old-school computer guy. I’m 42 but I’ve been using Photoshop since I was 20, when it was like the new thing. I’m pretty good a picking the right thing I guess—I mean, I picked Instagram, too, I picked my wife. Actually, I guess she picked me—or she let me pick her.

So back to this idea that it’s an extension of you being an artist—do you consider memes an art form?

I do consider memes an art form. I consider anything an art form where the creator of it is in pain when they make it. That’s what art is. You’re not an artist if you’re not in pain. Artists feel like ‘I hate this—I’m a failure, I’m horrible, I can’t show anybody this, I don’t want to show anybody this, I hate my work.’ And then they put on a good face and they put it out anyway and they try to get better.

Do you liken it to graffiti or pop art in the modern age?

I don’t know how to elevate my stuff to that level. I want to consider myself an artist—because I’m in pain all the time when I’m creating—but I don’t know if the work… Put it this way: It’s hard for me to elevate my work to the level of what these other artists are doing, to be honest. I do feel like we do it every day though—and that counts for something.

Doing it every day, you hit on art sometimes, but not every one is art. I think one out of ten is, like, sublime. The best ones are artful. And you can’t set out to do it—it’s like trying to shoot 100% from the 3-point line—it’s just not going to happen.

And how do you make a great meme? Not necessarily a work of art, but a good meme.

Well, let me just say—I don’t make great memes, but I do make memes. My batting average is pretty high, compared to most consistent memers—I’m probably at around 10%, which is pretty good. It’s a quantity game, but I hope that even the stuff that isn’t that great brings enjoyment to people and makes them laugh. 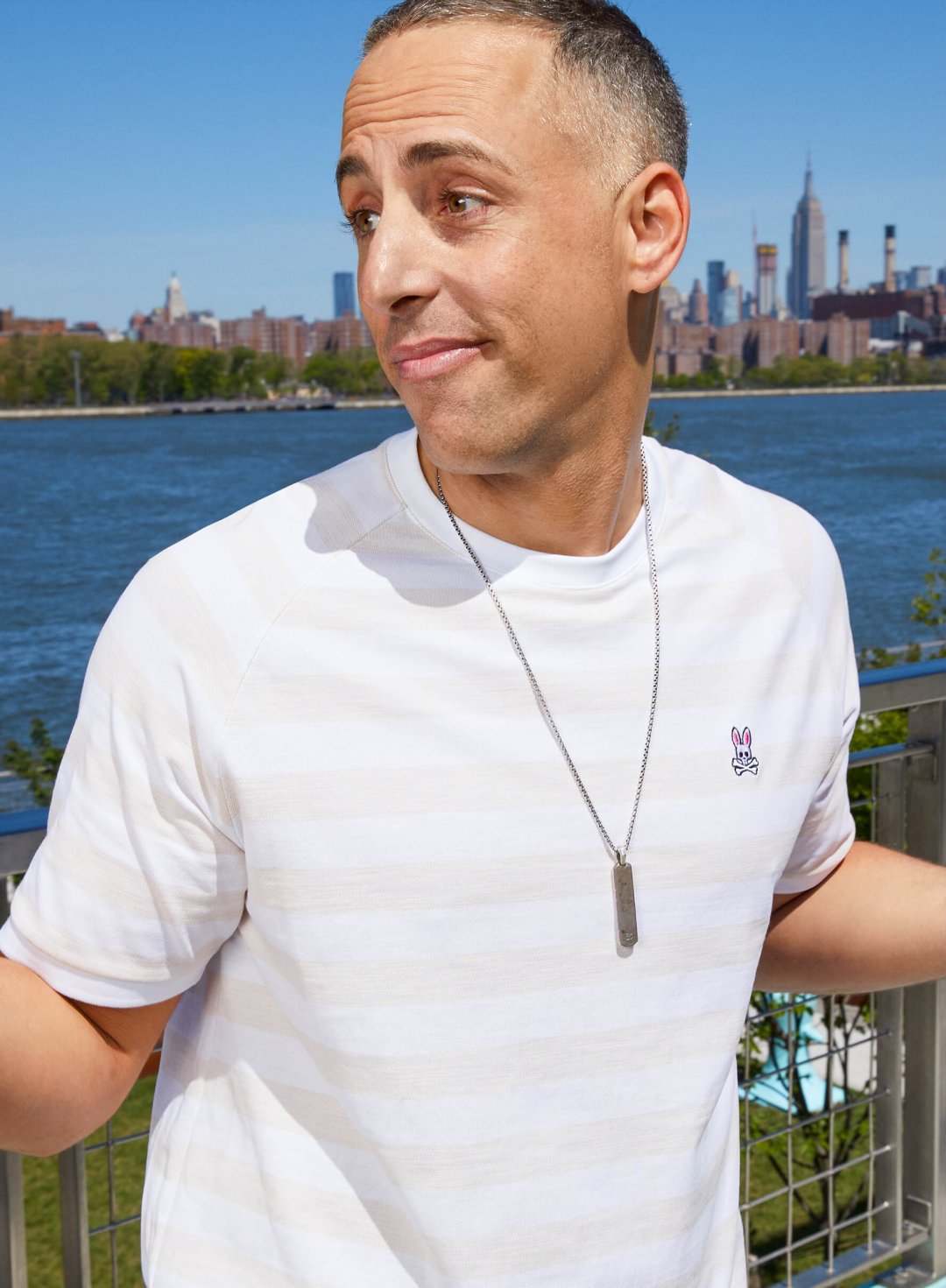 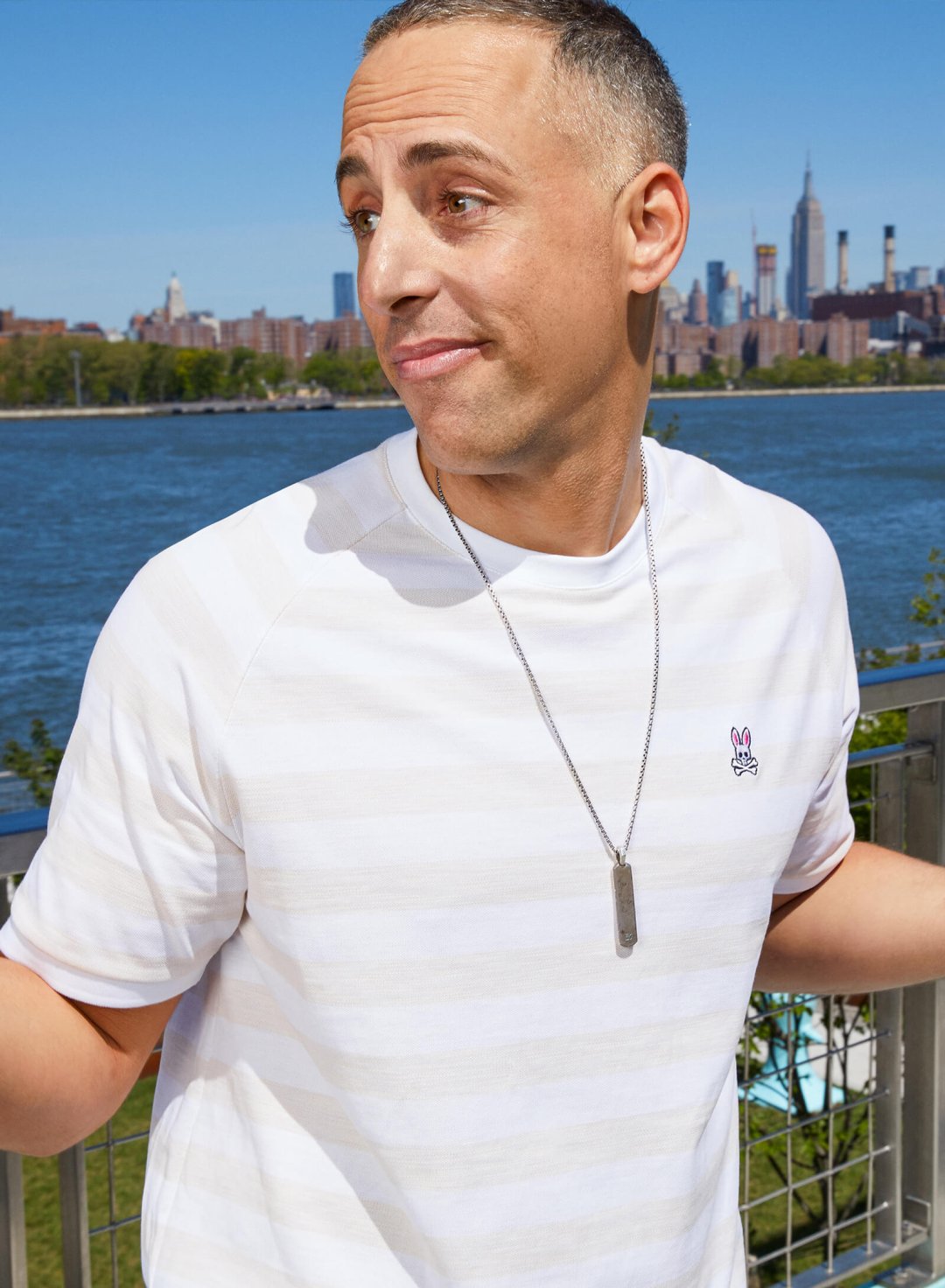 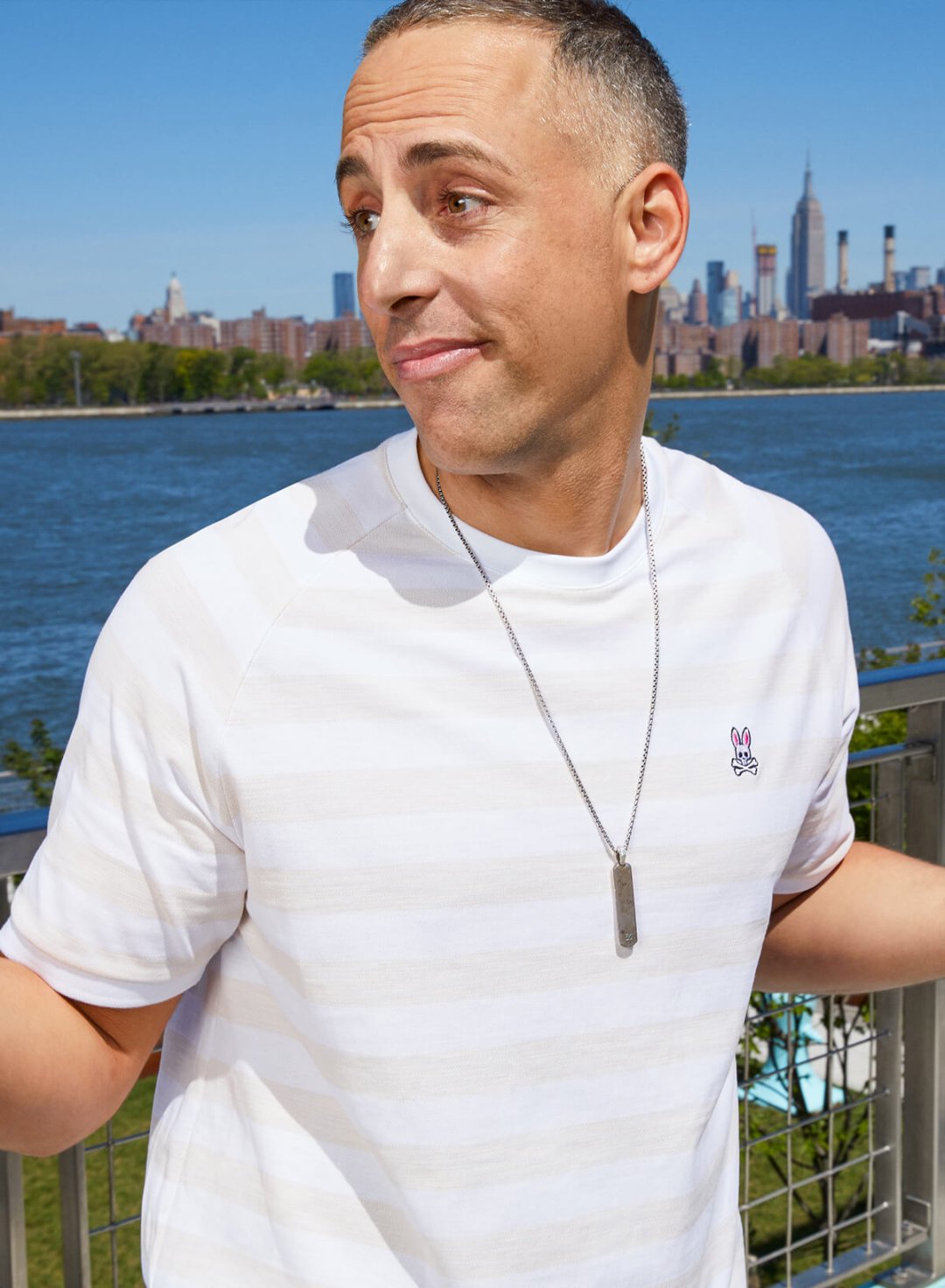 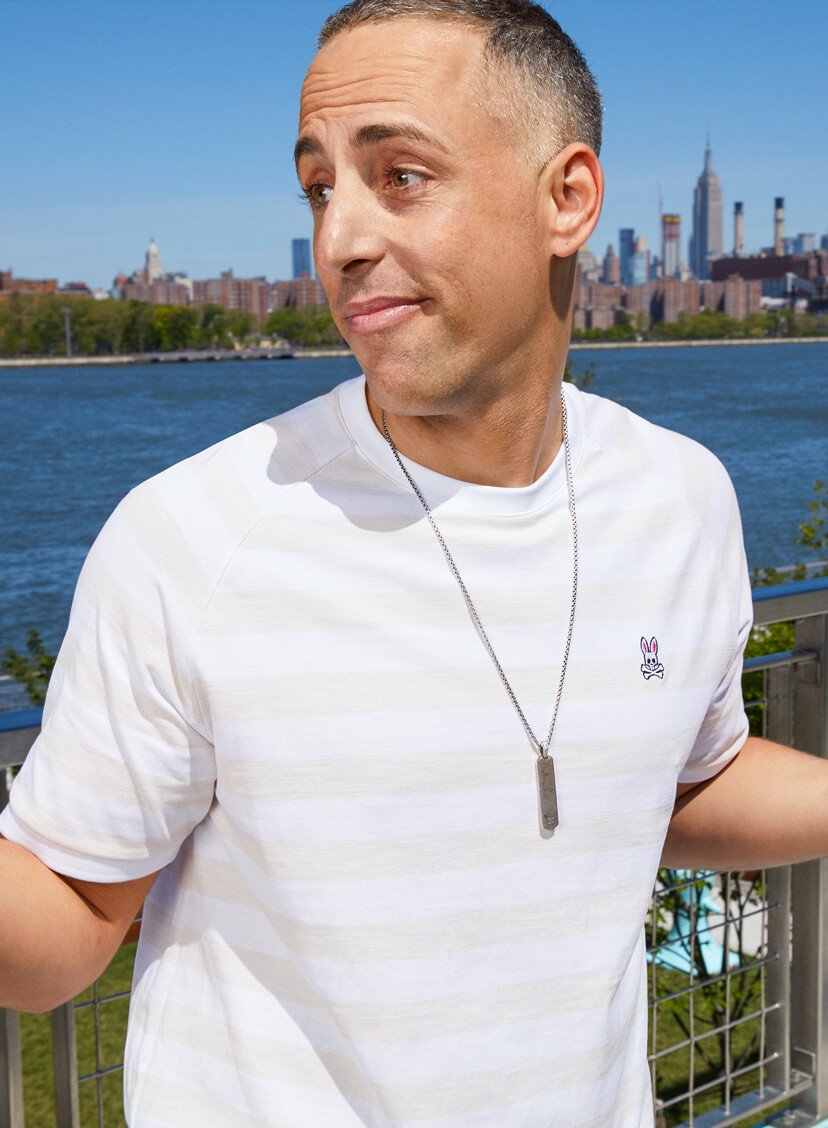 It’s a lot of little things that people end up walking by, whether it’s in the city or on the internet—you can find things that other people aren’t looking for. I want my kids to have that as a philosophy.

Is there anything off-limits for you when you’re making memes?

Yeah, there are some things that are off-limits. Anything that hurts people or makes people feel bad about themselves is off-limits—just in a personal sense. But I don’t want to be boring either—I want to elicit a response. I want to put out something that touches the line without being hurtful.

And has that helped you avoid offending people?

I have not offended a single person yet [laughs]. No—I have offended a lot of people with what I do. I don’t try to offend people—I don’t set out to—I don’t take any cheap shots, really.

How do you keep that creative spark alive? Where does Adam The Creator find inspiration?

Brian Baumgartner, who plays Kevin from The Office, reposted a meme once. So, you know the chilli scene? I was watching my kids running around one day and I imagined my son dressed as Kevin and it made me laugh. I was just watching my kids and I was like ‘damn, he should be Kevin—babe I’ll be right back’.

Then I turn on the computer, take out the stylus and Google pictures of Kevin at a certain angle, and get some stock photos and go to work. Eventually it became baby Kevin—with the bald head—holding the chilli and the chilli is falling out. I made it look like it was a baby costume in an Amazon feed. A lot of my ideas come from stuff like that. 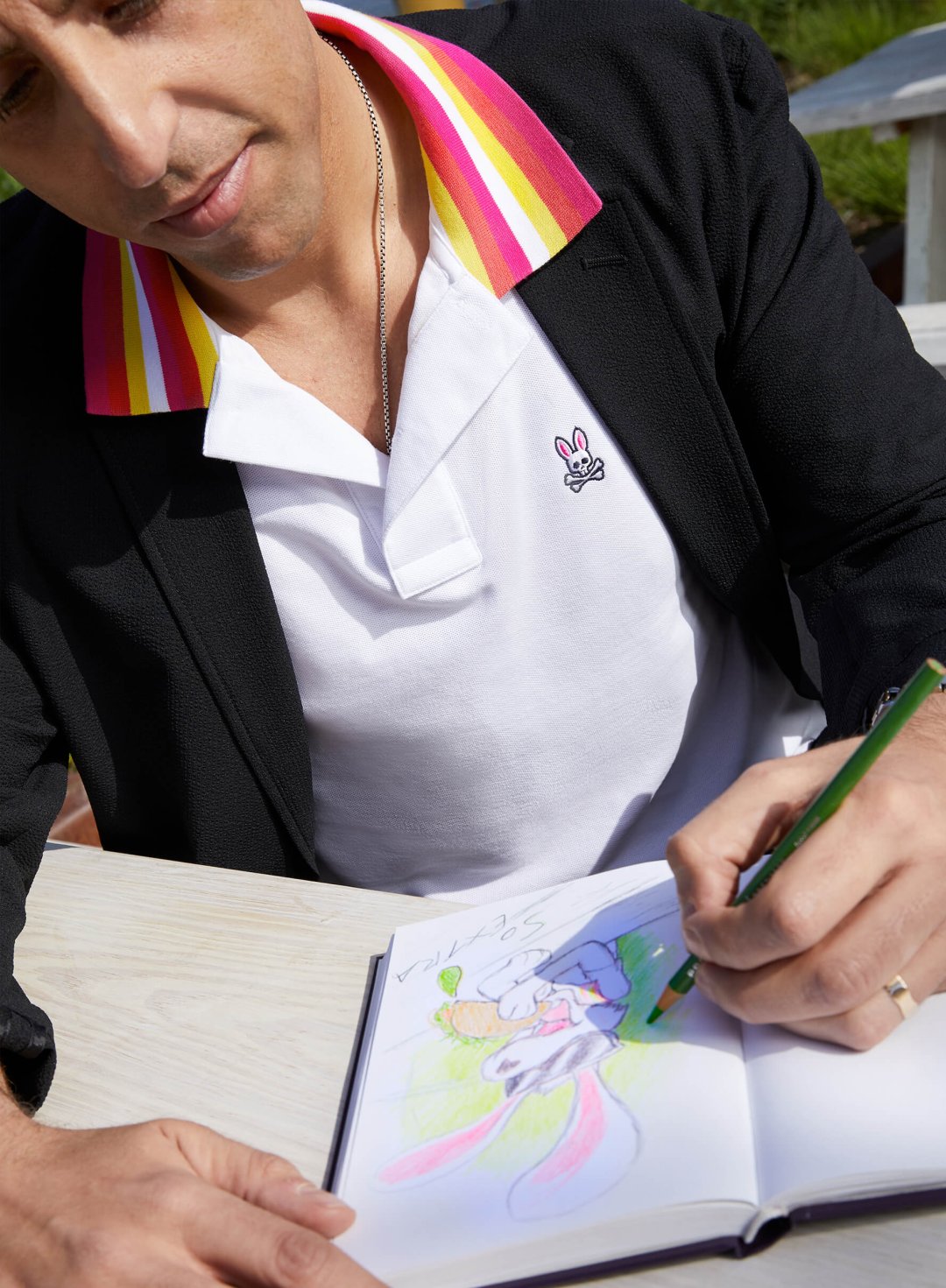 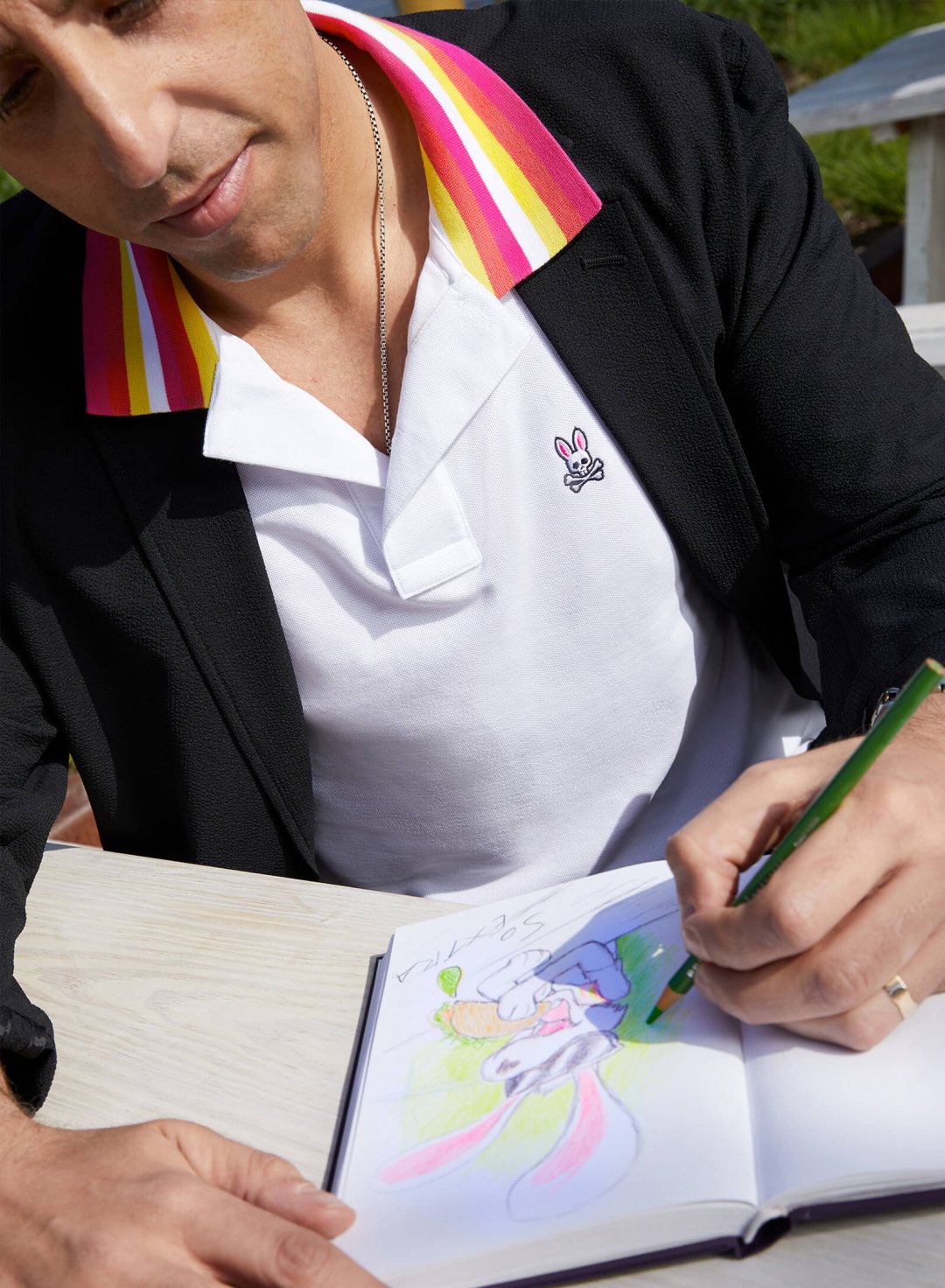 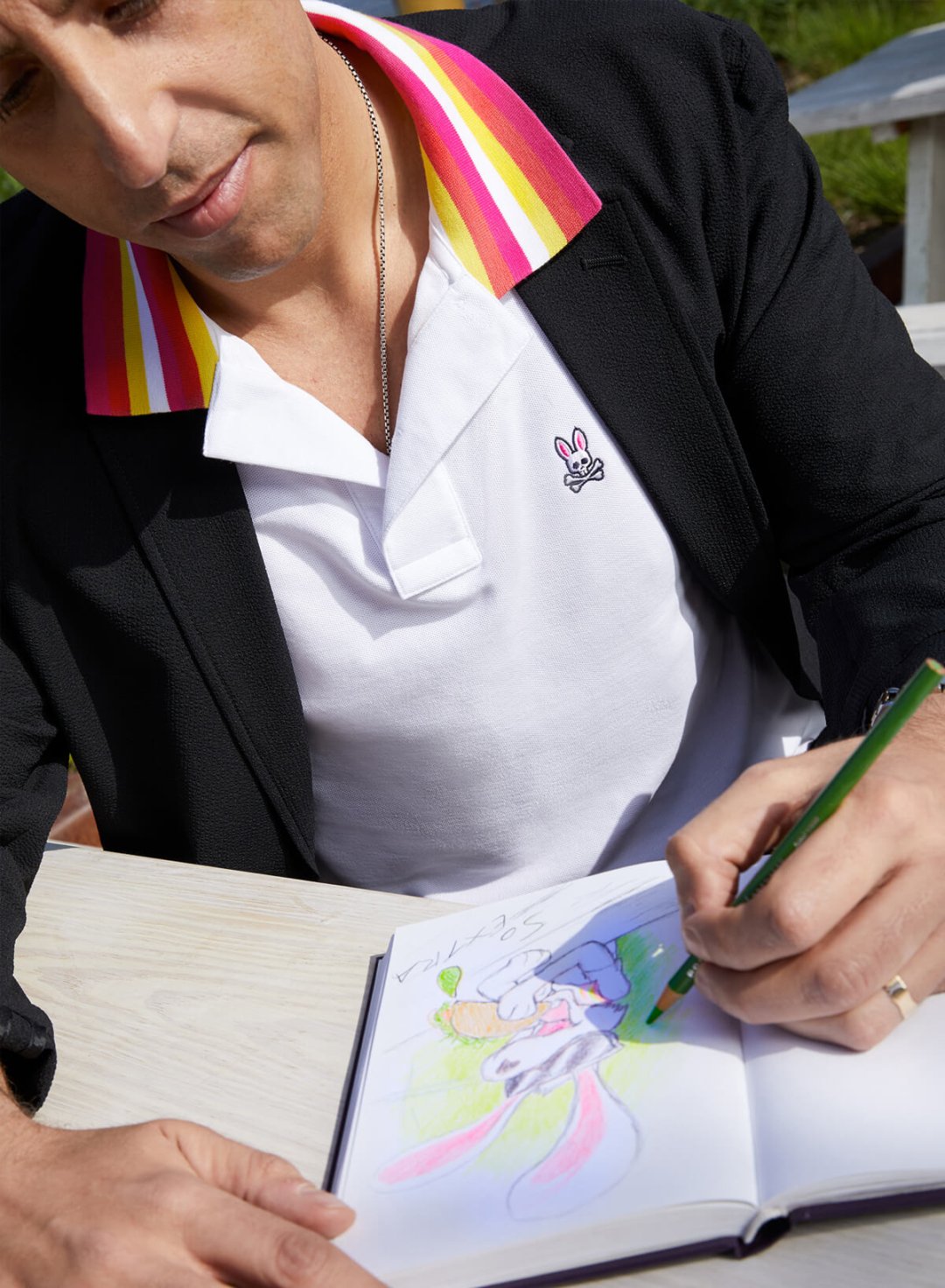 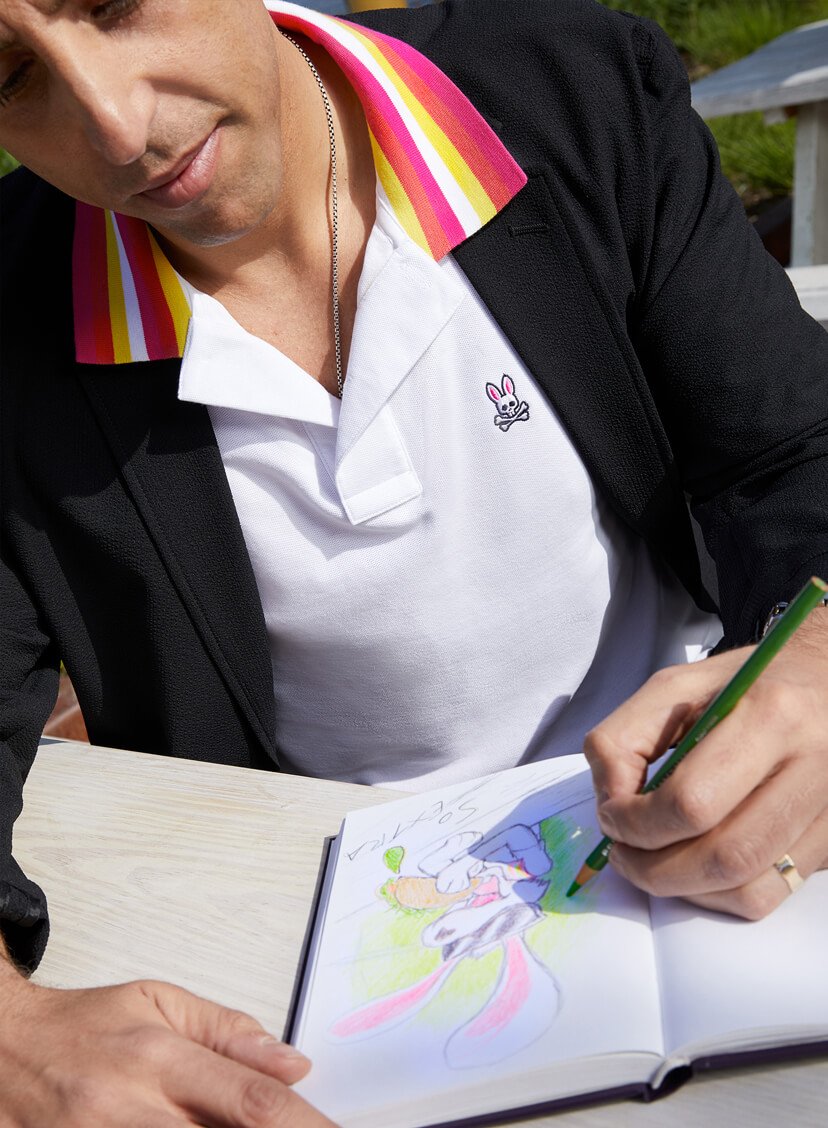 I’m not about doing the right thing the first time, I’m about taking the risk the first time and failing and then just saying ‘okay, I failed, let me try it again.’

What’s been your most popular meme of all time?

The happy hour play set went around the internet. Beyond just Instagram—like it truly went viral. FisherPrice responded to it—they put out a press release that was really intelligent and a great response from the brand, essentially saying that they had nothing to do with it. But it was clearly a sign of respect. Some people aren’t so friendly—I won’t name them—but they’ll send cease and desists.

But that’s another example of my kids inspiring me. I’d watch them lean up on our kitchen counter and it looked like they were at a bar—that was the spark that inspired that meme.

Your kids really do play a part in this, huh? What’s it like being an internet dad, raising your kids in the age of the world wide web?

My kids love their iPad, but it can be like a drug to them sometimes, so I can use it as a bribery tool [laughs]. I always keep an eye on them when they use it. I give them movies that they love and I always talk to them about it when they use it. So, if they’re watching something, I’ll be like “Oh, Olaf fell down, I wonder what happened with that…” and then it creates this discourse. So if my son and daughter start registering the discourse and reacting with it—I think you can use it as a tool to create empathy or to connect, which, on the whole, is good.

It’s a bit of a trip, though. My son’s two. He picks up the phone and knows how to unlock it. He can take pictures with it. And my four-year-old daughter? Forget it. She’s completely fluent with it. She remembers my passcode and I don’t.

I teach them to draw with me, using it. Whether they end up wanting to do something creative or not, I want them in that mindset that they see what other people might gloss over—like using an iPad to draw. But that translates off-line, too: When I walk them to school in the morning, I make sure to stop and point stuff out to them, or have them listen to the sounds.

It’s a lot of little things that people end up walking by, but seeing it through their eyes—whether it’s in the city or on the internet—you can find things that other people aren’t looking for. I want them to have that as a philosophy.

One last question—because we’ve got to ask you: How would you make a meme for Psycho Bunny?

Honestly, I feel like Psycho Bunny is built for memes. There’s this inherent tension between the styles—they’re these upscale versions of the classics that I drew up with. I feel like there’s a tension between humor and fashion, which is a great fit. You can respect yourself and take yourself not too seriously at the same time. I think that’s a beautiful thing and shows a lot of confidence. So that's cool. The most viral things have these inherent contradictions and that’s what fascinates people about them. Remember that dress that nobody could tell if it was blue or gold. What goes more viral than that? Your mom knows about it the next morning. It’s that kind of stuff.

Keep up with Adam here: Stepping into the cage with the professional MMA fighter to find out what’s it’s like to live out a childhood dream and how having a child of his own has changed his outlook on things both big and small. Hanging with an NYC-based pro skater to talk about the thrill of doing things that others think are impossible, being a pioneer, and how he came to earn a divine nickname.