Eddie Fortuna is an architectural designer by trade. But he’s passionate about so much more than that. His wife and him run a blog; his Instagram account documents Dallas’ unique architecture, but also his unique personal style; he’s an adept woodworker.

Over the years, Eddie’s learned to juggle his passions, but he’s also learned that they inform one another. We caught up with Eddie to chat about how his childhood interests shape the way he dresses, what a good building and a good ‘fit have in common, and how he discovered his love of architecture.

So, Eddie, you’re based in Dallas, did you grow up there? Or did you move there after college?

I was actually born in California and we moved to Texas when I was 8 years old—to the Dallas-Forth Worth area. But I didn’t really move to Dallas, proper, until 2012, after college and grad school, and right before I got married. We’ve been here ever since then.

You’re a self-described “jack of all trades” but, you’re an architect by trade. How did you get into architecture, as a career?

Well, it’s kind of the cliché: when I was kid, I really liked to draw. In my senior year of high school, I took a class that was supposed to be a blow-off class on interior design. We had to draw plans and whatnot and, ironically enough, I ended up excelling in the class. My teacher recommended architecture school, and I ended up going to Texas Tech, where she went, and where they have a really good architecture program. That’s pretty much the way I ended up where I am. 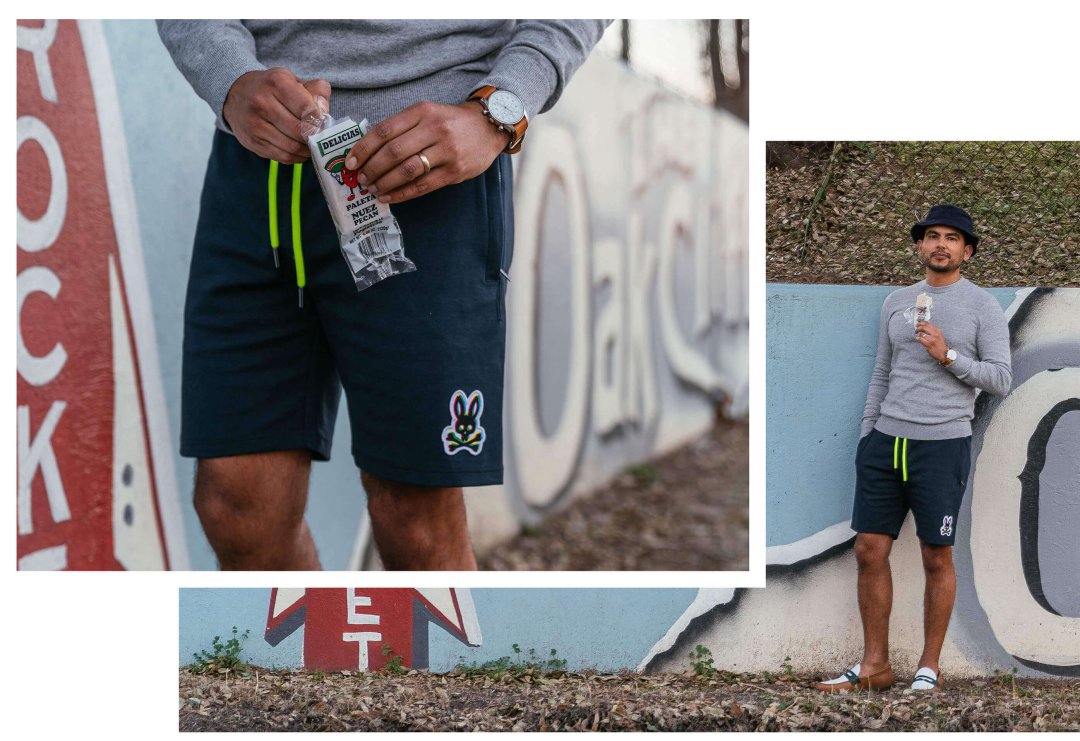 Do you see architecture being where science meets art and creativity? Which is kind of emblematic of you, in a way, architect, but also passionate about all sorts of other creative pursuits.

Yeah, absolutely. Architecture, as a whole, covers both sides of the brain. There are a lot of technical aspects to it. We work with engineers but we have to problem solve ourselves. And then, on the right side of the brain, we deal with the creative, artistic aspects of buildings and projects, too.

I love buildings where you see
traces of the past, but also
footprints of the present and
maybe even the future.

I love buildings where you see traces of the past, but also footprints of the present and maybe even the future.

How did you go from studying architecture and pursuing a quote-unquote normal nine-to-five job, to also exploring all these other passions?

As funny as it sounds, I think architecture school actually prepared me for balancing different components and interests in life. I knew that making it through architecture school, and the hours that takes, was always going to be tough. And, honestly, even working an architectural job, from a time perspective, kind of pales in comparison to architecture school. So, I’ve been conditioned to act on my interests and make the time to pursue them, even if it means I’m sleeping less, thanks to the rigors of school. When I’ve got an interest, the passion is enough to push me to pursue it. It’s the same thing with the blog that my wife and I run. Those are the things that we’re passionate about and we end up making time for them one way or another. 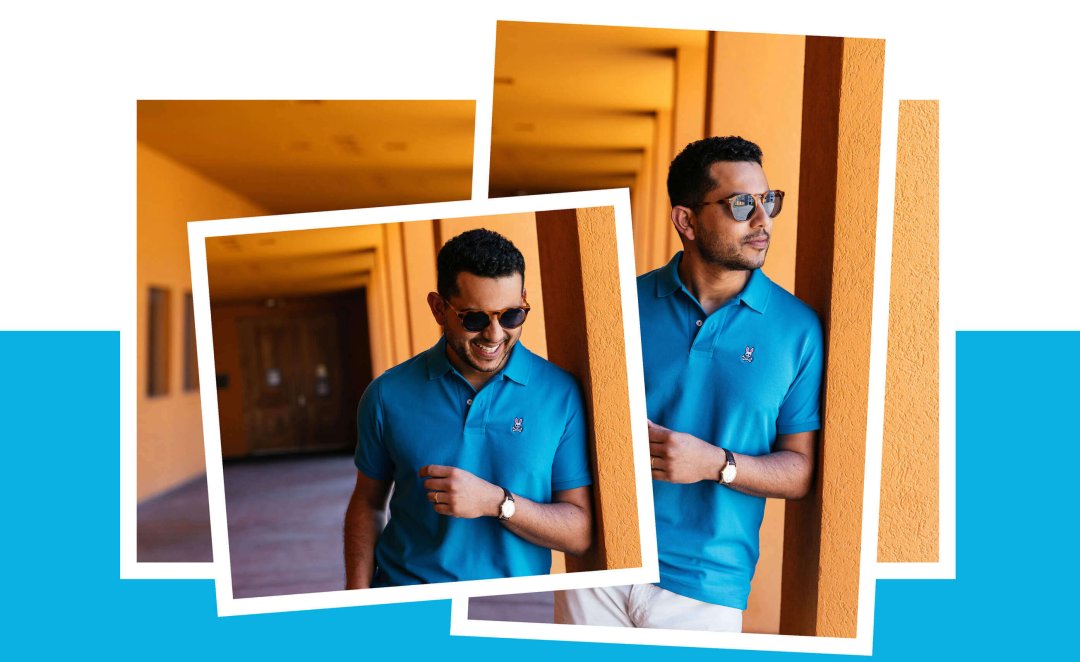 Gosh. [Laughs.] There are a lot of things that can make a building great, but I’ll answer in a very personal way. My favorite buildings tend to be buildings that were preexisting, which have had new life breathed into them—where you see traces of the past, but also footprints of the present and maybe even the future. I work a lot with preservation buildings and renovations—ground up as well, but I’m really drawn to buildings with a past. Buildings with a soul, as corny as that sounds, where you can feel that a story is being told through the building.

Do you think there are parallels between that and what makes good personal style?

Yeah, I think so—even with my own personal style, with any given outfit that I wear, you can see traces of what I was interested in as a child, as a high schooler and as an adult. I think that having that thread from the past to the present is really important. It makes it a lot more personal and successful in my opinion. 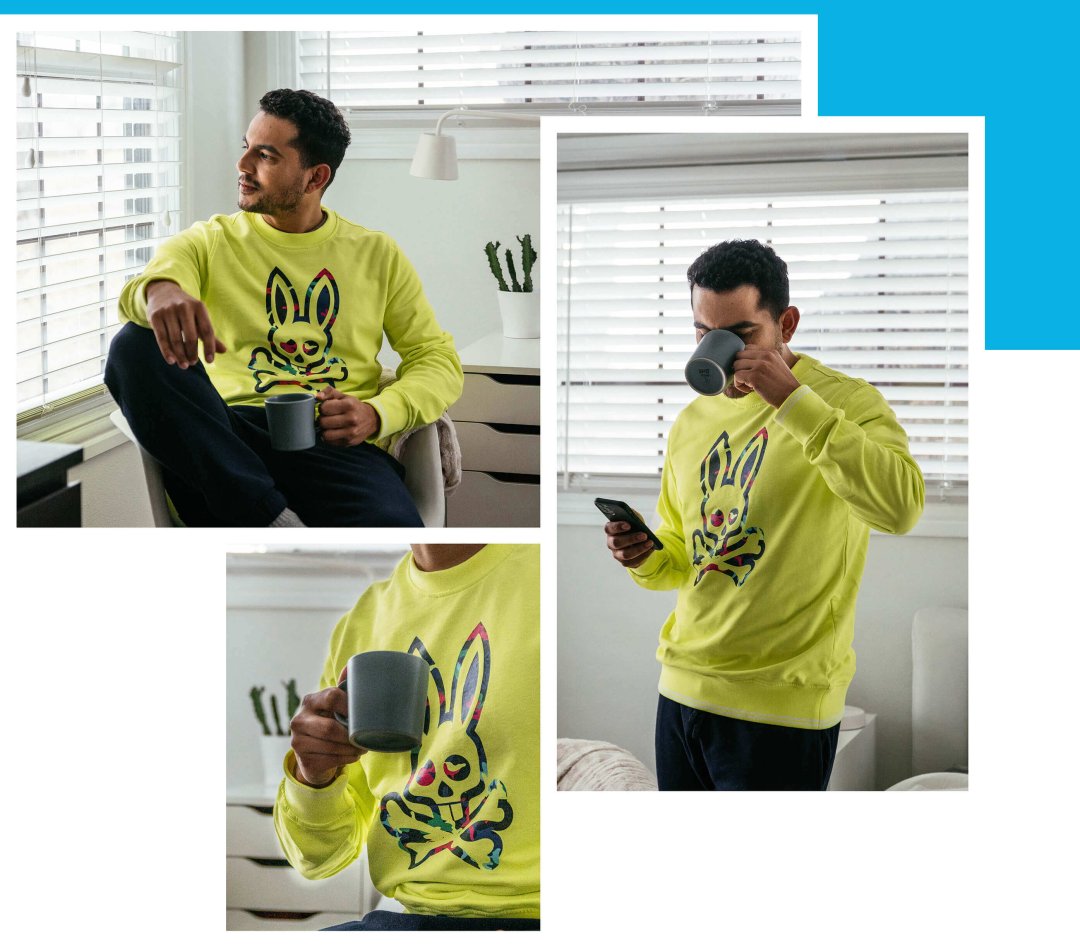 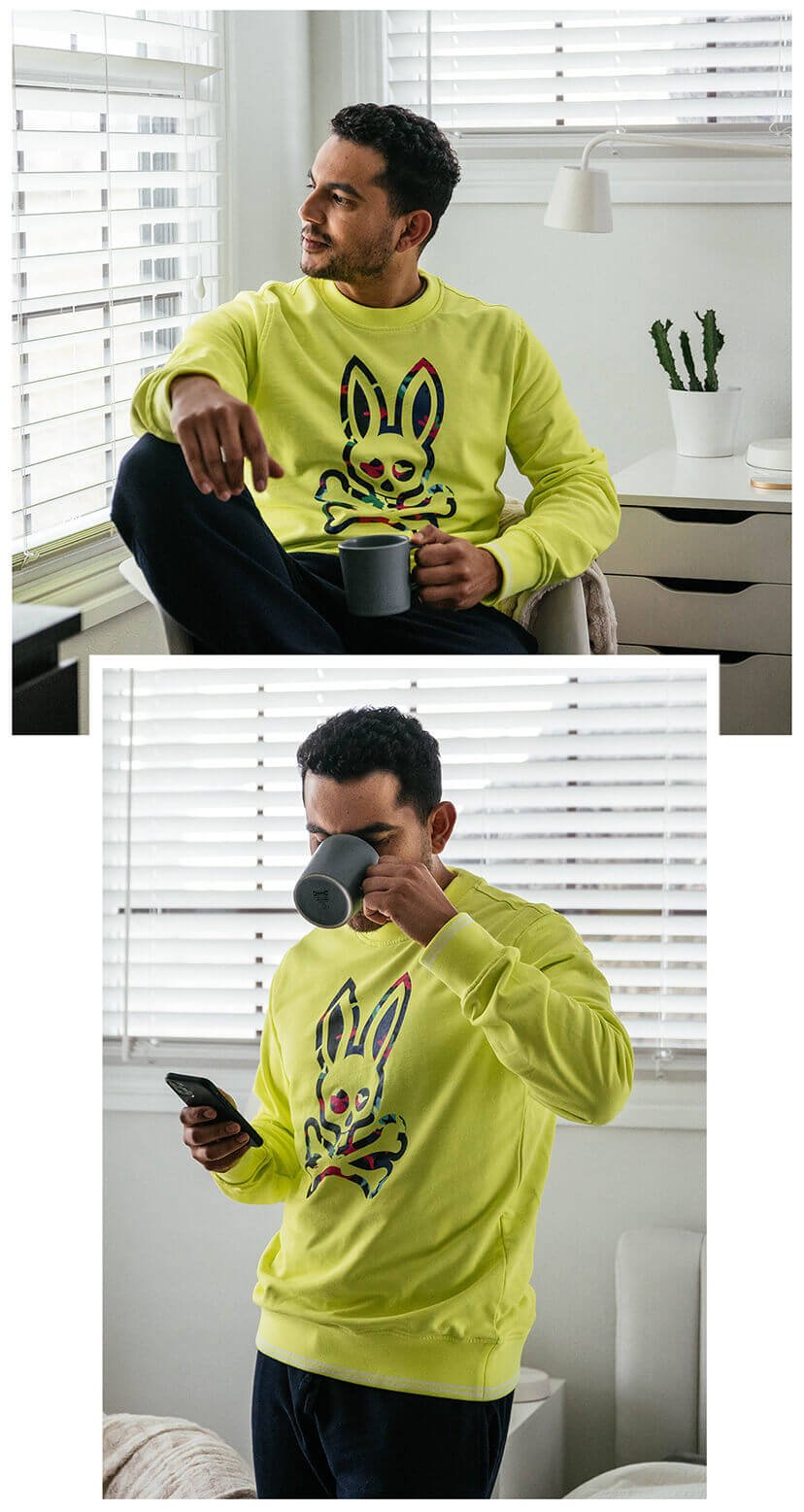 Do you remember how old you were when you realized that you took an interest—and pride—in what you were wearing?

For as long as I can remember being alive, to be honest with you. You know, I have memories of trying to mimic Michael Jackson as a kid, wearing loafers with white socks. Even when I played sports as a child and a high schooler, I was always drawn to some of the more stylish athletes, like Ken Griffey Jr. or Allen Iverson or Deion Sanders. There was a flair to their style, as they performed these very athletic occupations, if you will. I don’t remember there being a certain age or moment where it clicked… it’s just always been that way, really.

With any outfit that I wear,
you can see traces of what
I was interested in as a child,
as a high schooler and
as an adult.

With any outfit that I wear, you can see traces of what I was interested in as a child, as a high schooler and as an adult.

How has your routine changed in the last few months? Judging by your feed, you’re still paying as much care to what you’re wearing.

It’s funny, because, even as things are drastically different, they’re still similar. We’re very lucky to be really close with my brother and sister-in-law, so we spend a lot of time with them, eating together at home instead of in a restaurant, though. We still love going out for a walk on the weekends and grabbing a coffee. But we have been tackling more projects at home. That was a big component of us wanting to own a home—to be able to make it our own. And, as luck would have it, we’ve had nothing but time to do that, lately. I’m a homebody at heart, so being forced to slow down a bit and spend time at home hasn’t been as hard on me as it has been for others. 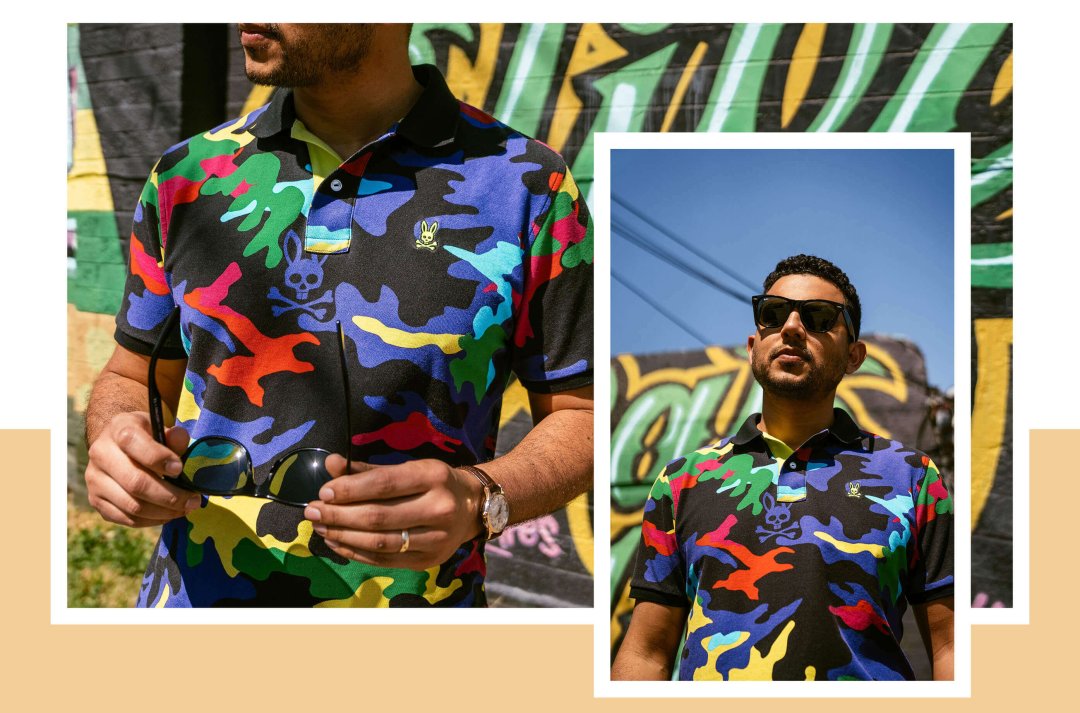 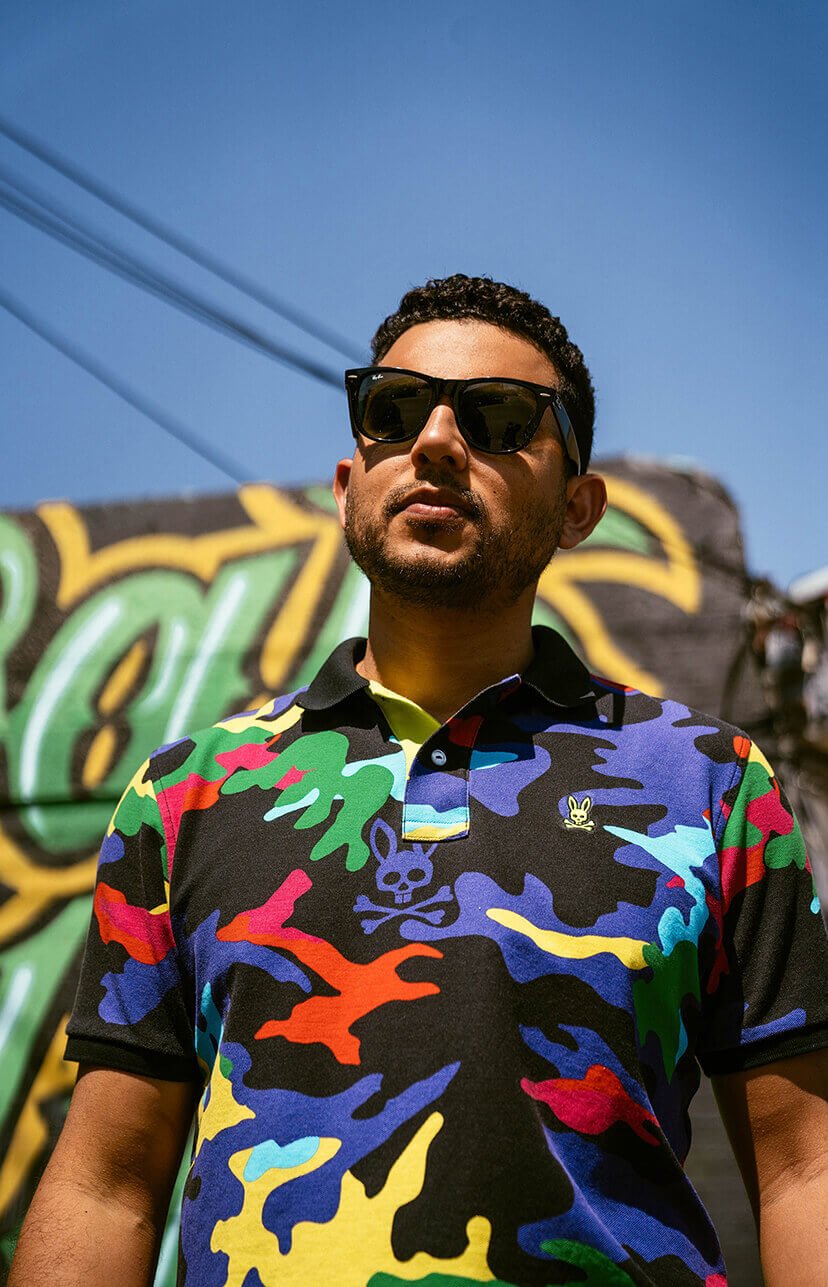 Among your myriad side projects, is there anything that you particularly enjoy doing for yourself? There’s always one passion that remains kind of personal, for lack of a better word, when you’re showing your other endeavours to the world.

Photographing the urban environment. The pictures that I take for our blog and Instagram account are very different from what I take for my own enjoyment, personally. I feel very at peace walking around with my camera in hand. Whether I catch anything or not that’s noteworthy, just being out in the city, capturing what I want from what I see—that’s what I love.